There's a Brahmastraupdate today, a special day as revealed by director Ayan Mukerji. A teaser of the upcoming film has been released with footage of not only lead actors Alia Bhatt and Ranbir Kapoor but also of co-stars Amitabh Bachchan, Nagarjuna and Mouni Roy. Brahmastra is a mythology-based fantasy trilogy with Ranbir and Alia playing central characters Shiva and Isha, Amitabh Bachchan as Professor Arvind Chaturvedi and Nagarjuna as an archaeologist named Ajay Vashisht. Mouni's character is named Damayanti - little or no details are available about any of these characters. The trailer of the film will release on June 15.

Ayan Mukerji, sharing the teaser and release date, also explained why today is special: "Special video on this special date today. 15 days to trailer. 100 days to movie release. 9 years since YDHD today. PS - Also, our commander-in-chief Sreeti's birthday." We'll decode that for you - the trailer of Brahmastra is out in two weeks, the film releases on September 9, Ayan and Ranbir's last film Yeh Jawaani Hai Deewani released on May 31, 2013, and Ayan's cousin Sreeti Mukerji, also a producer of Brahmastra, is a year older today.

Meanwhile, Ranbir Kapoor and Ayan Mukerji are currently in Visakhapatnam promoting Brahmastra. They have accompanied by filmmaker SS Rajamouli. All three received a blockbuster welcome with giant garlands and a shower of flower petals.

Alia Bhatt, who married Ranbir Kapoor last month, also shared a picture of her husband on her Instagram handle and captioned it as "Oh hi," followed by a fire emoticon. Check it out below: 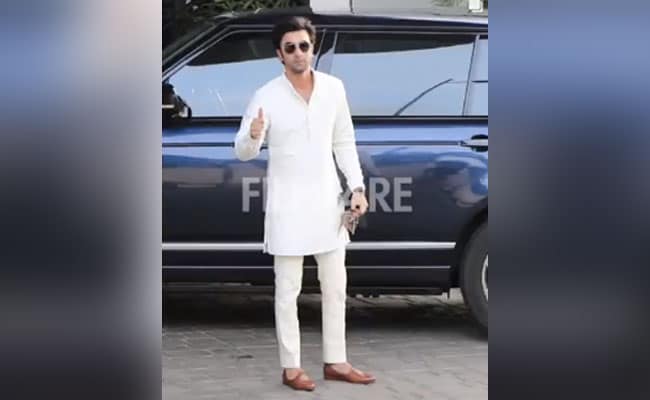 Brahmastra Part One: Shiva, the first installment of the trilogy, also stars Dimple Kapadia with a cameo by Shah Rukh Khan. Produced by Karan Johar's production house Dharma Productions, the film is slated to hit the theatres on September 9.