Brahmastra will go on floors in February 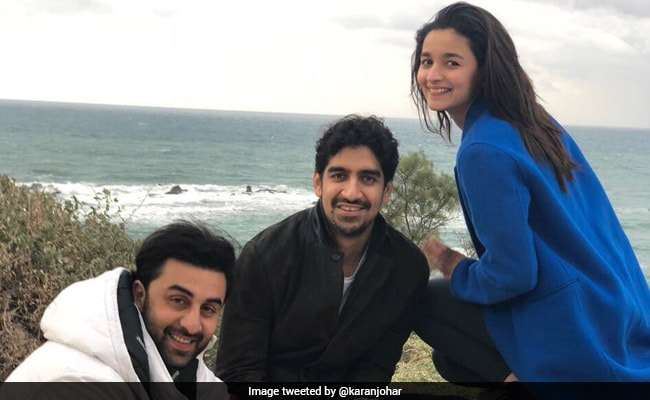 New Delhi: Part of the Brahmastra crew is currently in Israel's Tel Aviv, we know this because Karan Johar shared a photo of the team and Alia Bhatt has been uploading stories from the Israeli city. This is the first time co-stars Ranbir Kapoor and Alia Bhatt share the frame for the film's promotion, and joining them in the photo is director Ayan Mukerji. "The new year begins with the prep of #BRAHMASTRA....the countdown of the epic journey of our film begins! Filming commences in February 2018! Ayan Mukerji helms this magical trilogy! @SrBachchan #ranbir @aliaa08 and an exciting ensemble! (sic)" tweeted Karan Johar, whose Dharma Productions produces the movie. Amitabh Bachchan headlines the cast of Brahmastra while Mouni Roy also plays a key role in the movie.

Like Karan said, the movie will go on floors in February but Alia had started prepping for Brahmastra way before. Alia, who will also co-star with Ranveer Singh in Zoya Akhtar's Gully Boy, wants to be at the top of her game and started going through scripts some two months ago.

Not much is known about the Ayan Mukerji-film but we can get an idea about Ranbir Kapoor's character, who started prepping for his role in November. In Instagram videos, he was spotted taking DJ lessons at New York's The Foxgrove. Talking about the film's storyline, the director had told PTI: "In its core it has romance as an element but it has got a new flavour to it." He also said: "It's a huge project and lot of people have faith in it and in me so I need to deliver for my own career, for the producer, the actors and the entire crew."

Ranbir Kapoor and Alia Bhatt's Brahmastra will be made as a trilogy, the first part of which is expected to be ready for release in 2019.
Comments
Brahmastraranbir alia bhatt