Since it's a Thursday, expect million dollar throwback photos from the Bachchans 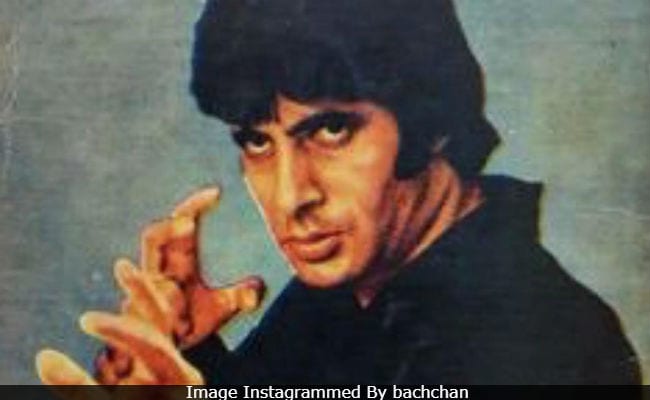 Since it's a Thursday, expect million dollar throwback photos from the Bachchans and one such post was shared by Abhishek on Instagram, featuring his dad Amitabh Bachchan. "Boss," Abhishek captioned Big B's photo, which is a poster of one of his action films. The Internet appears to be elated with the picture and comments like "the only legend" and "the boss of Bollywood" have been posted on the picture. His daughter Shweta and stars like Riteish Deshmukh, Prateik Babbar and filmmaker Rohit Shetty, known for his action films, have also shared their thoughts. "Love it," wrote Shweta and "My favourite action hero" was Rohit's comment.

Later in the day, Abhishek shared a picture with his naani from their morning walk. In the post, the duo hold each other's hand. "Morning walks with the grandmother! Hand-in-hand since 1976," he wrote, adding the hashtag 'Super Nani.'

Morning walks with the Grandmother! Hand in hand since 1976. #SuperNani

Previously, both Amitabh Bachchan and son Abhishek have shared pictures of each other on their respective Instagram accounts with funny captions.

A few days ago, Amitabh Bachchan posted his Abhishek's childhood picture and captioned it as, "You look like sauce." Later, Abhishek dug up an old picture of his dad and wrote, "And he said I look like sauce!" adding the hashtag 'Payback.'

And he said I look like sauce! @amitabhbachchan #flashbackfriday #payback

Amitabh Bachchan, 76, is married to actress Jaya Bachchan, 70. Shweta and Abhishek are their two children. Shweta recently launched her own fashion label and also debuted as an author. She is married to businessman Nikhil Nanda, with whom she has two children - Navya Naveli and Agastya.

Abhishek married actress Aishwarya Rai in 2007 and the couple are parents to daughter Aaradhya.

Amitabh Bachchan's upcoming film is Thugs Of Hindostan and he has Brahmastra in the pipeline. Meantime, Abhishek has started shooting for a untitled project by Anurag Kashyap and has also signed up for Gulab Jamun, his film with wife Aishwarya.