Bobby Deol's TGIF Mood Summed Up In A Post

"Waiting for the weekend to start," wrote Bobby Deol 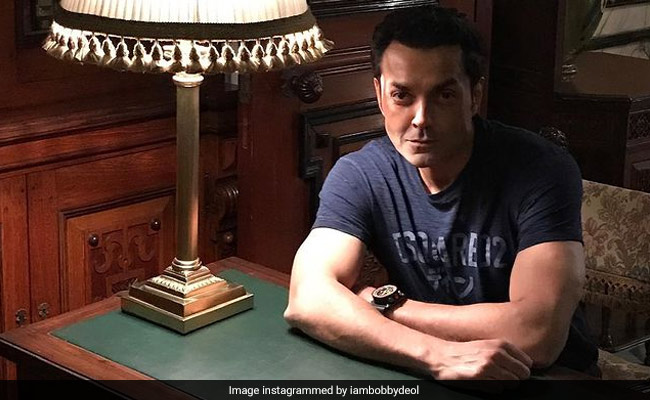 Bobby Deol, just like everyone else, is busy waiting for the weekend and his latest Instagram entry clearly reflects that. The actor posted a picture of himself on his Instagram profile on Friday evening and added an apt caption with it that read: "Waiting for the weekend to start." He added the hashtag #fridayvibes to his post. The comments section of his post was filled up with comments from his Instafam. Fitness expert Deanne Panday commented: "Please involve me in your weekend plans if Tanya (Bobby Deol's wife)is there and willing to meet us." Designer Seema Khan dropped a couple of emojis and she wrote:"Bobbyyy." The actor's friends and Instafam flooded the comments section of his post with heart and fire emojis. "Looking good," commented a fan on Instagram.

On the work front, Bobby Deol has several projects in the line-up, which include Penthouse and Love Hostel. He will also co-star with Ranbir Kapoor, Anil Kapoor and Parineeti Chopra in Sandeep Reddy Vanga's Animal. He will also feature in the second installment of the 2007 film Apne with his dad Dharmendra and brother Sunny Deol. The film will also star Sunny's son Karan Deol.

The actor, who made his Bollywood debut with the 1995 film Barsaat, co-starring Twinkle Khanna (who is now a best-selling author and a columnist), completed 25 years in Bollywood last year. Bobby Deol, over the years, has starred in films like Soldier, Badal, Gupt, Race 3, Jhoom Barabar Jhoom and Ab Tumhare Hawale Watan Saathiyo, to name a few.