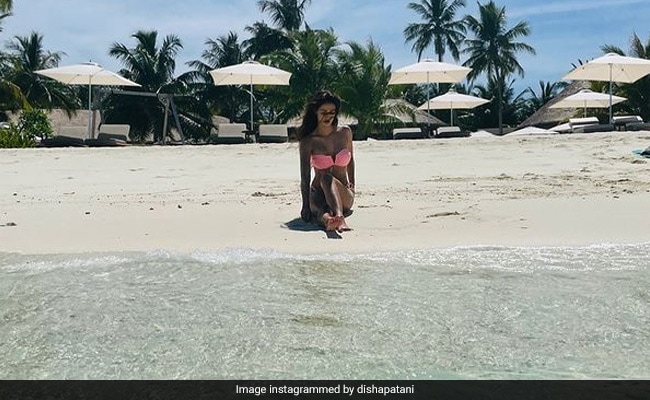 Hello there, Disha Patani! The birthday girl is acing swimwear fashion as always in her latest Instagram entry and we can't get past how stunning she looks in the photograph. On Saturday evening, the actress shared picture-perfect shot from a beach destination on her Instagram profile and we are busy crushing on the photo, just like her Instafam. In the aforementioned shot, Disha can be seen dressed in a pink bikini. She simply added a flower emoji. No caption needed. Her post was filled up with comments like "beautiful" and "stunning." Not to mention the rain of heart and flame emojis in the comments section. The actress, who celebrates her 29th birthday today, posted the picture on her birthday eve.

She also posted these pictures on her birthday eve:

In terms of work, she was last seen in Prabhu Deva's Radhe: Your Most Wanted Bhai, which was her second project with Salman Khan. The duo have earlier co-starred in the 2019 film Bharat, which also featured Katrina Kaif and Tabu. Radhe: Your Most Wanted Bhai also stars Jackie Shroff and Randeep Hooda in pivotal roles. The film released on Eid this year. She will next star in Ek Villain 2, alongside Arjun Kapoor and John Abraham.