"You Will Get Into Trouble", Writes Salman Khan After Radhe Streams On Pirated Websites

Radhe released on May 13 on the occasion of Eid 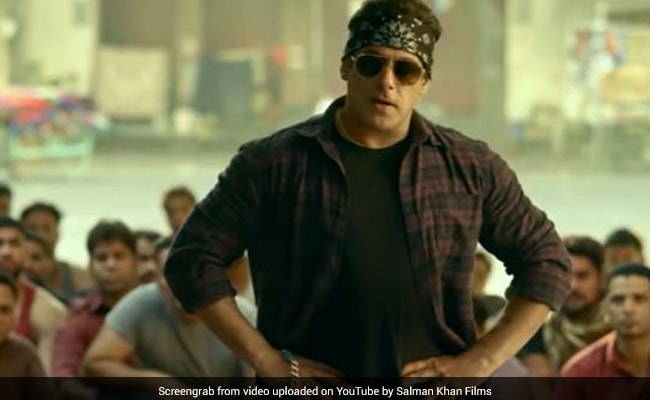 Salman Khan in a still from Radhe. (Image courtesy: @salmankhan)

Salman Khan's film Radhe: Your Most Wanted Bhai released on OTT platform ZEE5 on May 13. Within a few hours of its release, Radhe was reportedly leaked on the Internet. The film is now streaming "illegally" on pirated websites. On Saturday, Salman shared a statement to address the issue on social media. In his statement, he called illegal streaming of Radhe on pirated websites, a "serious crime". He wrote, "We offered you to watch our film Radhe at a reasonable price of INR 249 per view. Inspite of that pirated sites are streaming Radhe illegally which is a serious crime."

Salman added that "Cyber Cell is taking action against these illegal pirated websites". The Radhe actor urged everyone to not "participate in piracy". "Please don't participate in piracy or the Cyber Cell will take action against you as well. Please understand you will get into a lot of trouble with the Cyber cell," an excerpt from his statement read.

Before the release of Radhe, Salman had shared a video on Instagram in which he asked everyone to watch the film on the official OTT platform and not indulge in piracy. He said, "Ek film banane mein bahot log bahot mehnat karte hain. Aur humein bahot dukh hota hai jab kuch log piracy karke ye film dekhte hain. Aap sabse ek commitment maangta hoon ye film enjoy karein sahi platform pe. Toh is Eid hoga audience ka commitment. no piracy in entertainment . (Many people work hard while making a film and I feel very sad when some people resort to piracy to watch it. I would ask for a commitment from all of you that you enjoy films on the right platform. This Eid will be about the audience's commitment -- no piracy in entertainment."

Radhe was initially scheduled to be released in 2020 but it was delayed due to the coronavirus pandemic back then. Radhe released on OTT in India and is running in theatres overseas.