Radhe Review: Salman Khan Does Everything Fans Expect Including Shedding His Shirt

Radhe Review: Randeep Hooda, in the guise of a brutal baddie in black, upstages the rest of the cast, which includes Jackie Shroff in an underwritten comic role of a bumbling Assistant Commissioner of Police. 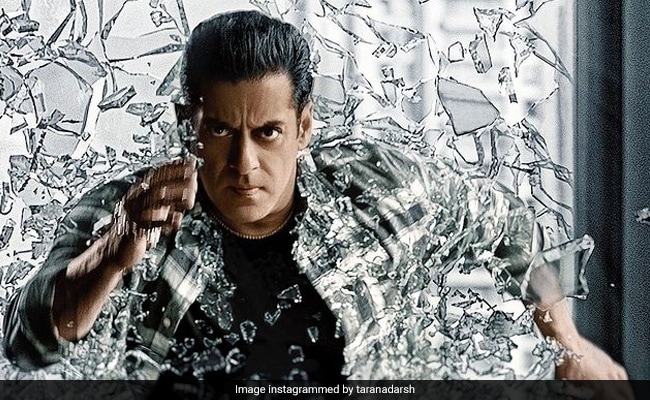 A still from the film Radhe. (Image courtesy: taranadarsh)

A Salman Khan movie is usually like a running tap that cannot be turned off. It stops only when the water tank has been emptied of its content. Radhe, directed by Prabhudeva, is another unapologetic addition to that tradition. The film dumps a whole lot of dross on us, albeit with a certain degree of surface gloss.

The lead actor, doing justice to the tagline in the title (“Your Most Wanted Bhai”), has the entire film to himself. When Radhe loses his cool, which obviously is pretty frequently, there is no stopping him. The one-man army goes all guns blazing. It is, however, Randeep Hooda, in the guise of a brutal baddie in black, who upstages the rest of the cast, which includes Jackie Shroff in an underwritten comic role of a bumbling Assistant Commissioner of Police who seeks to hide his failings behind a wall of bluster.

Available for on-demand viewing on Zee5 – it would also have hit the multiplexes had the second wave of Covid-19 not shuttered movie halls across India – Radhe deals with an urban epidemic of sorts. Youngsters are dropping dead (or harming themselves grievously) owing to widespread drug addiction. Our man Radhe, an under-suspension police inspector, is hurriedly pulled out of hibernation and entrusted with the task of weeding out the drug dealers who are taking a toll on the nation's future.

Towards the end of the film, the protagonist, who has been given the assignment owing to his reputation (he has toted up 97 encounter killings and 23 transfers in ten years, the audience is told), proclaims: I will clean the city up. Swachch Bharat! Jai Hind! You expect him to round it off with Bharat Mata Ki Jai. He stops short. Mercifully.

The source of the basic story is duly acknowledged. Radhe is a remake of the high-grossing 2017 Korean action film The Outlaws, which had drawn inspiration from real-life, turn-of-the-millennium gang rivalries in a Chinese-dominated neighbourhood of Seoul. The Salman Khan starrer is only fitfully focused on the ground realities of Mumbai. It is far more at ease with the larger-than-life treatment that the star imposes upon the film.

Salman Khan goes about the mop-up job with all the swag at his command. In his grand entry scene, he flies through a sturdy glass pane without causing himself any pain. While he is in one piece and lands on his feet ready to take on the world, he sends shards and bodies flying. The goons who cross his path stand absolutely no chance – Radhe can stand up to entire battalions single-handedly, and without losing much sweat, let alone blood, over it.

Needless to say, we have seen this persona of the star on the big screen times without number. But just in case you don't get it, he spouts his signature Dabangg refrain: “Main jab commitment kar deta hoon….” Among the other punchlines that dialogue writer Vijay Maurya (also the film's screenwriter along with A.C. Mugil) gives the lead actor is: “Radhe jaane ke liye nahin bhejne ke liye aaya hai.” This is in response to an unsuspecting question posed by the first bad guy that he eliminates: How will you get out alive? It is Inspector Radhe's job to send criminals packing post-haste. As for the man himself, he comes and comes at his own sweet will.

Radhe is Salman Khan's customary Eid release. So, before he proceeds to hasten his first adversary's tryst with death, he declares: “Tere hisse ki biryani mil-baatke khayenge aur bolenge Eid Mubarak.” What that also means is that the star wants you to treat the film as a diversion in tough times and not fret over the illogical methods that it wallows in. Much later, Radhe brings us back fleetingly to the real world. The crawl on a television news channel reporting on a shootout in a Mumbai pub refers to the launch of the Coronavirus vaccination drive in India on January 16, 2021. But let us not even go there considering where we are a few months on.

Life isn't all work and no play for Radhe. He does get the occasional breather, thanks to the largely decorative presence of Disha Patani. The character that the hero's romantic interest plays is defined by the skimpiness of the outfits she sports rather than by the depth of her relevance to the plot. She is in the film to try and ensure that it is sufficiently peppered with songs and dances and that the musical set- pieces are endowed with reasonable glamour quotient while Salman Khan provides the star power to keep the unabashedly silly plot moving.

Not that she succeeds. In one scene, after she has sent her sloshed dad – the aforementioned ACP Avinash Abhyankar, Radhe's boss, to bed, she breaks into a seductive dance to inveigle the object of her affection. Radhe, however, responds with spirit-dampening snores. That, to be charitable to her and to whoever decided to cast her opposite Salman (there is little compatibility, forget chemistry, between the two), is the effect Patani's presence has on the film. She slows it down.

The songs, picturised in a manner that harks back to Prabhudeva's early days as a choreographer, might pass muster if one were to watch them independently of the film, but in a thriller centred on vicious drug peddlers on the rampage and a cop bent upon bringing them to book, they are totally out of place.

Talking of placement of songs, the much-hyped Seeti Maar number does not add up at all. It is bunged into the 110-minute film at the top of its last quarter. It simply doesn't work. In anything, it pours a whole gallon of water on the possibility of any sort of dramatic anticipation building up as Radhe prepares to launch his final assault on Rana, the ruthless crime lord who goes about bludgeoning and slashing people who owe him money.

Radhe has enough inducements for diehard Salman Khan fans to keep them interested in the goings-on. The star does everything that they would expect of him, including shedding his shirt. For all others, there is Randeep Hooda.