"Am The Boss Of My Own Life": Anusha Dandekar On Bigg Boss 15 Rumours

"So sleep easy the people that are so unhealthily obsessed with it," wrote Anusha Dandekar 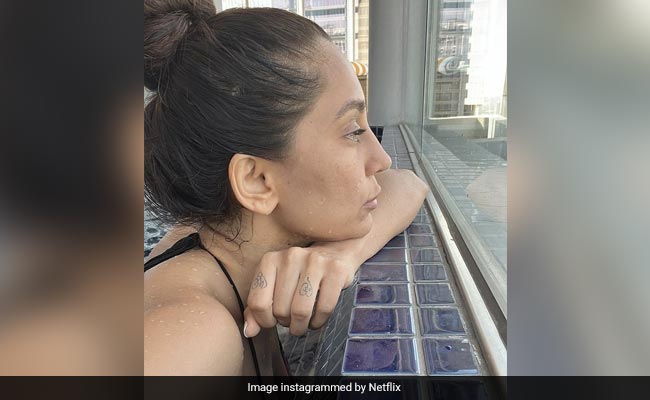 Anusha Dandekar won't be a part of the latest season of Bigg Boss, the model-entrepreneur has announced in a new post. Rumours of Anusha joining the show gained momentum following her ex-boyfriend, actor Karan Kundrra's entry and growing popularity in Bigg Boss 15. Over the last few days, Karan's closeness to fellow housemate Tejasswi Prakash also led to reports that Anusha would be making a wild card entry, adding a new dimension to the show. However, in a detailed caption, Anusha has quashed the reports and has requested people to refrain from indulging in such conjectures.

Addressing the rumours, Anusha Dandekar shared a photo of herself and said she was just trying to live her “best life”.

“So again this is my life, my happy place. And for the love of God please stop this nonsense about me going on Bigg Boss to fill some page in an article, to stir up some more drama, which I'm not even a part of. I told you my truth, every quote or picture I post now is not about my past, it's about my growth. This is about me. Stop undermining my achievements as a self-made woman. I am the boss of my own life, I don't need to be in any house to prove it. So sleep easy the people that are so unhealthily obsessed with it. Thank you to all of you, who just let me live and spread happiness, ”Anusha Dandekar wrote.

Anusha Dandekar went on to list the things that she was grateful for including her brand Brown Skin Beauty and the reality show MTV Supermodel Of The Year. Speaking about her support system, Anusha said, “I have some of the best friends in life, with who I can share all my experiences, with no judgement...I have the most amazing family, no matter what we go through, we always grow through.”

Anusha Dandekar further reiterated, “This is my life, my home is where I am happy.” Despite the clarification, when a follower asked her if she would appear on the show, Anusha replied saying, “Jesus.”

Anusha Dandekar and Karan Kundrra were together for over three years before they parted ways in 2020. The couple co-hosted MTV's reality show Love School from 2016-19.

Rumours of Anusha Dandekar's entry got a new lease on life after a clip of Karan Kundrra confessing that he is fond of housemate Tejasswi Prakash went viral on social media.  In a candid chat, Karan is seen telling Tejasswi that he is fond of her but has an issue expressing his feelings.

Bigg Boss 15 has taken an exciting turn with a surprise double elimination that saw Vidhi Pandya and Donal Bisht leave the house in the latest episode. Contrary to usual practice, this time around, the two were eliminated based on voting by the housemates and not the audience.