Milind Soman, Malaika Arora And Anusha Dandekar In A Picture-Perfect Selfie From The Sets Of Supermodel Of The Year 2

Malaika Arora, Milind Soman and Anusha Dandekar are co-judges on the reality show Supermodel Of The Year 2 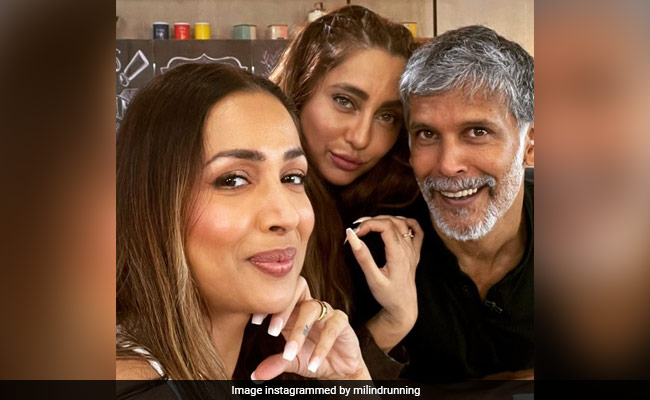 Many fans of the trio commented on Milind Soman's post. "My favourite show is coming," a fan wrote, while most others just dropped heart and fire emojis in the comments section of the post.

The new season of Supermodel Of The Year was announced earlier this week with a promo video. The video featured the judges Malaika, Milind and Anusha. As per the promo, the theme of the show this year is to "be unapologetically you." Unlike last season, Masaba Gupta and Ujjwala Raut will not be a part of the show.

Take a look at the promo-video of the show here:

Masaba Gupta Returned To The Sets Of Supermodel Of The Year 2, Looking Like One