Supermodel Of The Year 2 Promo: Malaika Arora, Milind Soman And Anusha Dandekar Are Back. Need We Say More?

"Be unapologetically you," wrote Malaika Arora 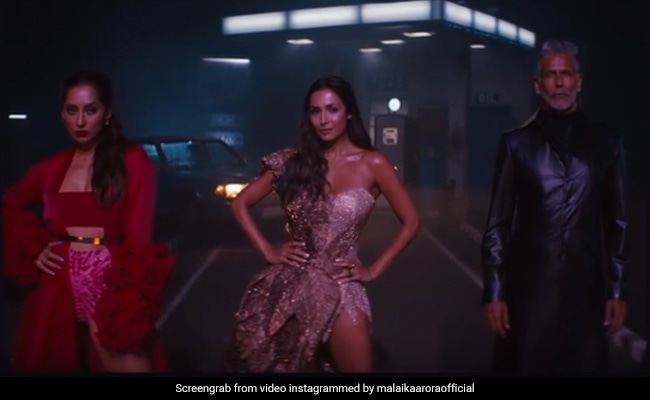 A still from the video. (Image courtesy: malaikaaroraofficial)

TV reality show Supermodel Of The Year 2 will air on MTV soon and the show's judges shared the promo video on their respective Instagram profilesand we can't wait for the real deal. The promo video features judges Malaika Arora, Milind Soman and Anusha Dandekar being their "unapologetic" selves. What's not to love? The video reflects the theme of the show this year - to "be unapologetically you." The video features Milind Soman, 55, saying: "Age? Does it even matter?" In the video, Malaika Arora introduces herself as "mom and supermodel." Unlike last season, Masaba Gupta, Ujjwala Raut will not be a part of the show.

Manila Pradhan from Namchi (Sikkim) was the winner of the first season of the TV show.

Malaika Arora, made back-to-back appearances as judges on TV reality shows. She also judged India's Best Dancer with choreographers Geeta Kapoor and Terence Lewis. She is best-known for her dance performances to popular tracks such as Chaiya Chaiya, Munni Badnaam Hui, Anarkali Disco Chali and Hello Hello among many others.

Milind Soman, who became a household name after featuring in Alisha Chinai's 1995 hit music video Made In India, is a supermodel, a marathon runner and now an author. He was last seen in the web-series Paurashpur. He has featured in films like Chef, Bajirao Mastani and 16th December among many others. He also featured in the second season of Amazon Prime Video's web-series Four More Shots Please!

Anusha Dandekar stepped into the Indian entertainment industry with the TV show MTV Dance Crew. Anusha has hosted shows like MTV Teen Divas, India's Next Top Model, Rock On, Love School and MTV Supermodel Of The Year among others. She has also starred in films like Delhi Belly, Viruddh, Mumbai Matinee and Anthony Kaun Hai, to name a few.