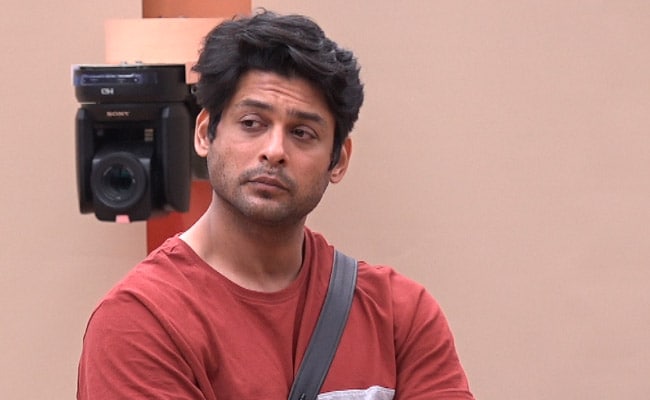 Bigg Boss 13: Sidharth Shukla in a still from the show.

In tonight's episode of Bigg Boss 13, this week's house captain Sidharth Shukla was on every housemate's hit list. Rebelling against this week's captain, Asim, Himanshi, Rashami, Arhaan, Shefali Jariwala, Vishal, Madhurima and Vikas refused to get out of bed even after getting multiple wake up warnings from Bigg Boss. On being called out disobeying the rules of the house, the aforementioned contestants stated that they were sleep deprived and they blamed Sidharth for it. They held him responsible for not getting their tea and being deprived of the other items.

After hearing out the demands of the contestants, Bigg Boss gave the contestants a special chance to get their ration back. He asked the contestants to gather together in the living area and tells them to nominate two contestants who they feel were responsible for the inefficiency. The contestants receiving the most votes will be out from contesting this week's captaincy. Sidharth, Rashami and Vishal's name kept resurfacing. After failing to derive upon a unanimous decision, the contestants started fighting again.

Later, Bigg Boss announced the 'BB Junction' task for this week's captaincy, as a part of which a train installation was set up in the garden with baggage lockers. Each contestant was given a bag with their name placed in the baggage locker. On every buzzer, the contestants had to pick up one bag each of another contestant who they want to save or disqualify. After that the contestants had to wait at the platform for the train to honk and only then board the train. The contestants also had the liberty to decide to not to board the train but this would lead to disqualification. Asim and Vishal were disqualified from the task. Paras was the moderator for the task.

Watch this space for more updates on Bigg Boss 13 .