Bigg Boss 12: From Launch In Goa To 80-Year-Old Participant, All The Rumours About Salman Khan's Show 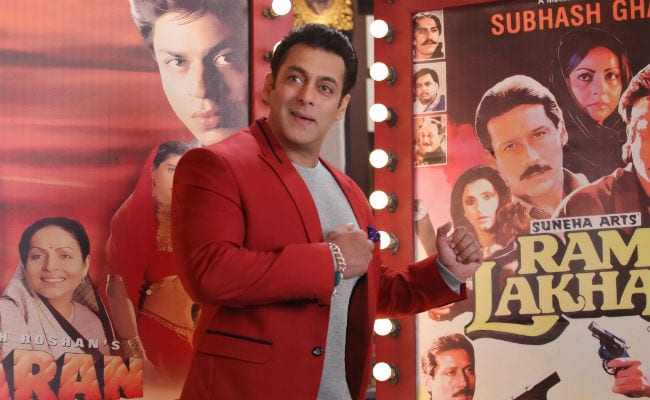 Salman Khan in the promo of Bigg Boss 12.

The chants of Bigg Boss 12 have permeated through all walls, courtesy some surprising rumours. The latest being, Salman Khan instructed the team of Bigg Boss 12 to launch the show in Goa instead of Lonavala because he's filming Bharat there. As per a Hindustan Times report, the press invitations handed out by team Viacom for the launch of the show reads: "Meet you in Goa." However, the details such as the venue, time and date are still under the wraps. Traditionally, the show's launch is held in Lonavala where the television audience and the guests on the sets meet the contestants for the first time, after which they enter the Bigg Boss house, especially constructed in a secluded area of Lonavala.

In addition to the introduction, fans look forward to host Salman Khan's performance and the return of some of their previous contestants. The new participants also perform for the audience before stepping inside to meet their "family" for the coming few months.

Salman Khan is the star member of team Bigg Boss and he has his own place on the sets of Bigg Boss complete with fully-equipped gym and lounge. So, will the launch venue of Bigg Boss 12 be changed on Salman Khan's request? Well get to know soon on September 16 when the show will go on air.

However, there are some other equally interesting rumours about the upcoming season of the popular reality show doing the rounds on social media. Like, this time an 80-year-old woman from Noida will reportedly participate with her grandson as a part of the show's Vichitra Jodi theme. The showrunners are auditioning non-celebrity wannabe members of Bigg Boss in pairs.

Team Bigg Boss is also on the lookout of celebrity couples and pairs who could enter the show in twos. Names of actor couple Dipika Kakkar and Shoaib Ibrahim and mother son duo Vibha and Puru Chibber have cropped up on the rumoured participants list. In addition, names of Subihi Joshi (Spiltsvilla 8), Sumier Pasricha aka Pammi Aunty have also been spotted on the so-called leaked list of contestants but without their jodidaar's name.

The wait has come to an end! @BeingSalmanKhan is coming back soon on @BiggBoss season 12 only on @colorstv! @nadiachauhan@iamappyfizz@oppomobileindiapic.twitter.com/MTdgtGUbvo

Earlier celebs such as Kishwer Merchant and Suyyash Rai (season 9), Rochelle Rao and Keith Sequeira (season 9) and Apurva Agnihotri and Shilpa Saklani (season 7) have also entered Bigg Boss' house in pairs but this season will be different as it forms the theme of the show.