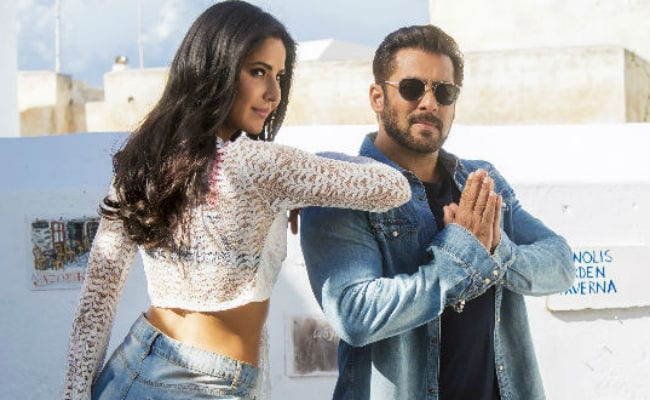 New Delhi: Busy star Katrina Kaif's packed schedule might just get busier. The Dhoom 3 actress is reportedly being considered by the makers of Bigg Boss 12 as the co-host of the TV show - she might just join with Salman Khan on the show, reports Deccan Chronicle. "Katrina Kaif's name is being considered for the co-host of Bigg Boss Season 12," a source close to the production told. According to the report, the reasons for taking Katrina into consideration are her brilliant rapport with the dabangg Khan and for her undisputed skill of cracking jokes at Salman's expense.

"She shares a fabulous equation with Salman and they make great television hosts together because she is the only actress who can make fun of Salman on screen, imitate him, and get away with it," Deccan Chronicle quoted the source as saying.

Promoted
Listen to the latest songs, only on JioSaavn.com
In Bigg Boss 11, Katrina Kaif made a special appearance ahead of the release of Tiger Zinda Hai, her film with Salman Khan. Katrina and Salman delivered a brilliant performance to Swag Se Swagat as promotional duty for the movie, which currently enjoys the status of a blockbuster movie.

Katrina Kaif and Salman Khan are also rumoured exes and have also starred in films like Yuvvraaj, Maine Pyaar Kyun Kiya, Partner and Ek Tha Tiger. Both Katrina and Salman were last seen in Tiger Zinda Hai. Katrina is currently busy filming Aanand L Rai's Zero, co-starring Shah Rukh Khan and Anushka Sharma. She also has Aamir Khan's Thugs Of Hindostan in the pipeline. Salman Khan is currently prepping for Ali Abbas Zafar's Bharat in London. He will next be seen in Race 3, which releases later this year.