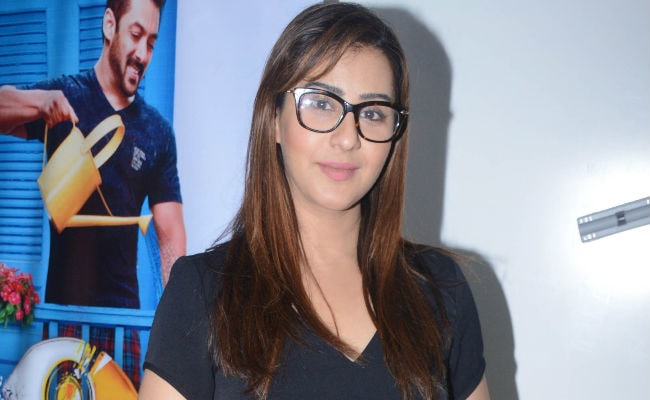 New Delhi: Shilpa Shinde, winner of Bigg Boss 11, has entered host Salman Khan's good books. Salman had defended Shilpa when the housemates ganged up on her during the Weekend Ka Vaar episodes and now the Bhabi Ji Ghar Par Hai! actress told Times Of India that Salman Khan offered to help her sort out her legal cases. "Almost all the legal cases are solved. After the show even Salman Khan ji asked me if there are any legal issues pending, he can help," she said. "I am happy that he asked me and also assured me for help if I ever face any problem. Salman inquired about the issues I was facing in TV industry and told that Vikas Gupta was not fully responsible for my ouster from Bhabi Ji Ghar par Hai!," she added.

Shilpa also said that she was advised to seek Salman's help when she was initially in trouble. "When I was facing problems and was not allowed to work on TV people told me to go and meet Salman as he helps people. But that time who ever knew Salman behaved like a big superstar (laughs). During that period, I realized how people try to misuse their position and especially if you are a girl," she told Times Of India.

After winning Bigg Boss 11 Shilpa Shinde told news agency IANS that she does not wish to continue working in TV industry anymore. "After working for so many years, the way few people of the industry (referring to the producers of Bhabi Ji Ghar Par Hai! ) treated me, I am disheartened," IANS quoted her as saying.

Promoted
Listen to the latest songs, only on JioSaavn.com
In 2016, Shilpa left the show due to difference with the showrunners. She had also reportedly filed a sexual harassment complaint against one of the producers. Vikas Gupta, who was the second runner-up, was one of the producers of Bhabi Ji Ghar Par Hai! , with whom Shilpa fought incessantly inside the house.