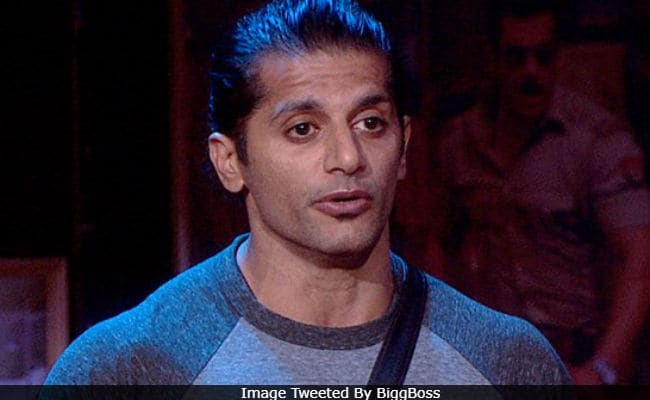 "Salman Khan is so mean to Karanvir Bohra," tweeted the TV actor's former co-star Simple Kaul, after last night's episode of Bigg Boss 12. Fans of Karanvir also think that Salman Khan, who hosts Bigg Boss 12, often 'mocks' Karanvir either for his dressing sense or for his actions inside the house and has a 'biased attitude' towards him. In the Weekend Ka Vaar episode, Salman made fun of Karanvir's argument during the Sultani Akhada segment, in which he had a face-off with Sreesanth. "Salman Khan is so mean to Karanvir Bohra, and only him. Don't know why? Hated his nasty comment on Bigg Boss 12," Simple, who worked with Karanvir in Shararat tweeted.

Salman Khan is so mean to @KVBohra and only him . donno why ??? Hated his nasty comment on fizz #BigBoss12

Actress Nigaar Khan, who is the sister of Bigg Boss 7 winner Gauahar Khan, also tweeted in Karanvir's defense, and said that he is always being 'targeted' and 'ridiculed.'

Why is @KVBohra targeted for everything .. poor guy gets questioned for the tiniest things and is ridiculed .. #notfair@BiggBoss#BiggBoss12

I wish the weekend episodes cld be a lil fun to @KVBohra .. why so tough on him when he is the nicest soul in #BiggBoss12@BiggBoss

In last night's episode, Salman Khan also accused Dipika Kakar of being biased towards Karanvir Bohra while playing the moderator during the captaincy task.

Fans have also tweeted in support of Karanvir and said that the 'humiliation is not acceptable.' "We should plan a trend so that Salman gets this message. We have to speak up, he is getting ridiculed by Salman since Day 1," read a tweet.

We should plan a trend so that Salman gets this message. We have to speak up, he is getting ridiculed by Salman since day one. On clothes, hair, everything #BB12

For a while now, fans of Karanvir Bohra think that Salman Khan "picks on him." However, his wife Teejay Sidhu told International Business Times that Salman Khan is more like an "elder brother" to him. "Maybe someone else at Karanvir's place wouldn't have been able to take it so sportingly but, I guess, Salman knows that Karanvir is okay with it. I don't think people should get upset or feel that Salman is bullying him, if it seems that way, I think he could be doing it to push him to be the best of himself and sometimes, we all need that kind of kick. I feel what Salman does is as a big brother and not as a bully," she said.

Bigg Boss 12 is currently in its eight week and Karanvir is now the captain of the house. As a Diwali gift to the contestants, no eliminations took place over the weekend.