Bigg Boss 12: 'Salman Khan's Like An Elder Brother To Karanvir Bohra, Not A Bully,' Says His Wife Teejay Sidhu 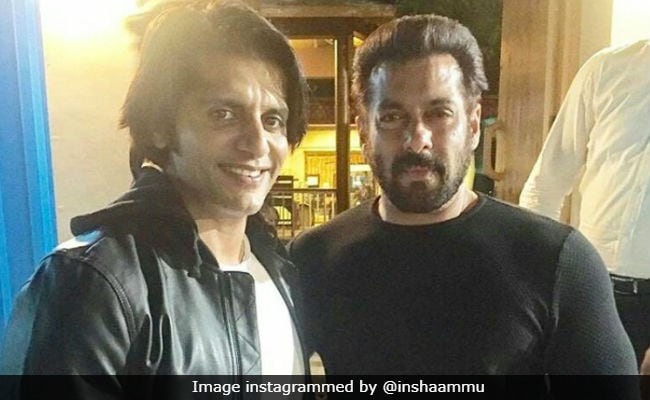 Fans of actor Karanvir Bohra think that Bigg Boss 12 host Salman Khan "picks on him" more than the other contestants but his wife Teejay Sidhu says that's because 'Salman knows Karanvir can take it,' reports International Business Times. She also said that Salman Khan is more like an "elder brother" to the 36-year-old actor than a "bully." Teejay was quoted as saying: "Maybe someone else at Karanvir's place wouldn't have been able to take it so sportingly but, I guess, Salman knows that Karanvir is okay with it. I don't think people should get upset or feel that Salman is bullying him, if it seems that way, I think he could be doing it to push him to be the best of himself and sometimes, we all need that kind of kick. I feel what Salman does is as a big brother and not as a bully."

As of now, Teejay Sidhu is in Canada with her daughters Vienna and Raya Bella. She says that the girls miss their father and watch him every night on their television set. "They are being taken care of, they are around family all the time, which doesn't give them that much of time to miss their father," she told International Business Times.

Teejay Sidhu also said that she and Karanvir have been married for 11 years and this is first time that they've been apart for so long without talking or without some kind of communication.