Salman Khan's has a hectic work schedule in the upcoming months 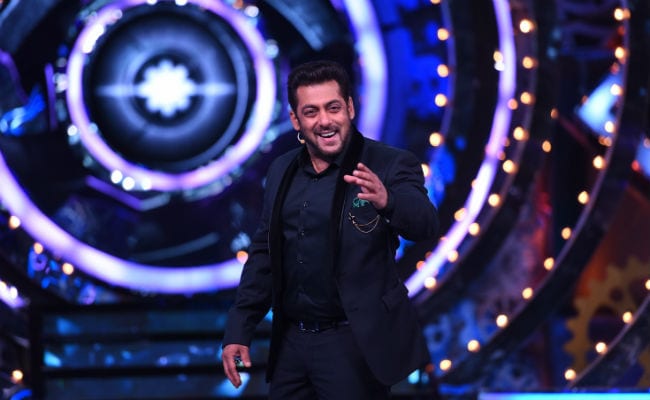 A file photo of Salman Khan in Bigg Boss 11

For Salman Khan, it may just be a reality TV show marathon if Bigg Boss 12 premieres in September. Salman, 52, currently hosts 10 Ka Dum and as per a Mumbai Mirror report the team of Colors TV are gearing up for the release of the 12th season of reality show Bigg Boss 12 too. A source told Mumbai Mirror that Salman Khan will shoot for the show's promo in August. "Salman has already blocked his dates to shoot the promotional videos in the first week of August. They will be shot at Mehboob Studio. As per current discussions, the Bigg Boss 12 finale will happen around the last week of December," the source was quoted as saying.

So far, Salman Khan has hosted eight seasons of the controversial reality show, in which celebs from different walks of life are converged in one house without any contact from the outside world for three to four months. Bigg Boss' house is set-up in Lonavala and construction for the house for season 12 has already started. This year's theme is about families and auditions for the show have also begun.

As per the Mumbai Mirror source, between August and September, Salman Khan will simultaneously shoot for Bigg Boss 12 and his upcoming film Bharat.

Bharat is directed by Ali Abbas Zafar (Sultan and Tiger Zinda Hai) and it is produced by Salman's brother-in-law Atul Agnihotri. The film is the Hindi adaptation of South Korean film Ode To My Father and it features Priyanka Chopra opposite Salman.