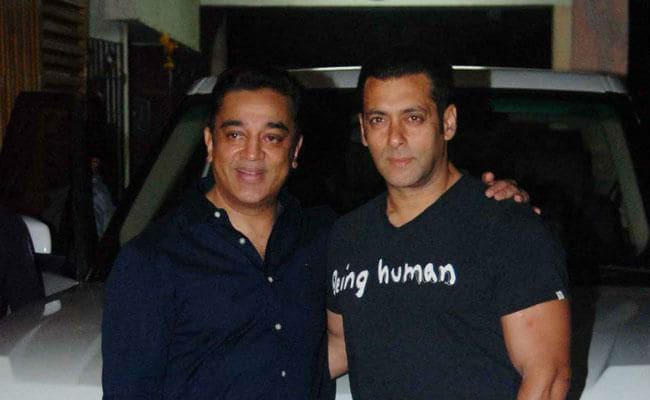 Kamal Haasan is reportedly all set to take his upcoming film Vishwaroopam 2 to the sets of Salman Khan's 10 Ka Dum. Kamal Haasan's film opens in theatres on August 10 and Salman Khan, who supported the first part of the series when it released amid controversies in 2013, will take part in the film's promotion. This Vishwaroopam 2 and 10 Ka Dum crossover will bring Salman Khan and Kamal Haasan together in one frame for the first time. Though the actors collaborated on any project together, they are both connected by the bond of Bigg Boss. Salman has hosted eight seasons of Bigg Boss and he's returning for the ninth time in October this year while Kamal Haasan hosts the Tamil chapter of the reality show, which is currently airing is second season.

Vishwaroopam 2 is the sequel to Kamal Hassan's super successful Vishwaropam (it was budget of Rs 95 crore and it ended up collection over Rs 200 crore), which released after much ado in 2013. In Vishwaroopam, Kamal Haasan plays the role of a RAW agent named Wisam Ahmad Kashmiri, who goes undercover to capture a terrorist named Omar Qureshi (played by Rahul Bose). At the end of Vishwaroopam, Wisam succeeds to foil Omar's destructive plan but fails to capture him.

In Vishwaroopam 2, Wisam and Omar's cat and mouse race will continue with a new devious plan hatched by the latter. The trailer of Vishwaroopam 2 released on social media in June and it was well received by the Internet. Vishwaroopam 2 trailer promised high octane action sequences and thrilling stunts - mostly performed by Kamal Haasan.

Vishwaroopam 2 is written and directed by Kamal Haasan.