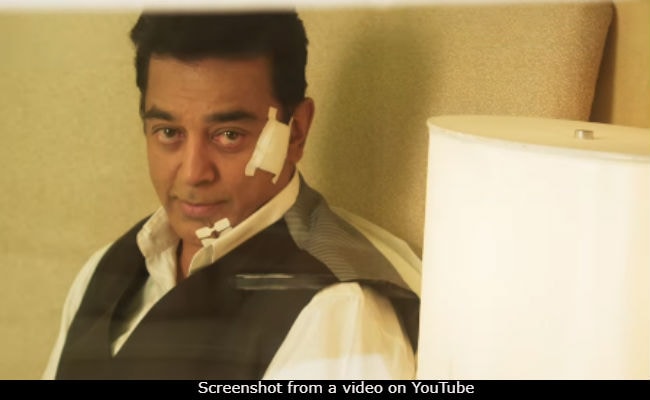 Vishwaroopam 2 will be released in Tamil, Telugu and Hindi. The Hindi version is being presented by Rohit Shetty and Reliance Entertainment. The trailer of the much anticipated film was launched in social media in June and was received well by the audience. Aamir released the Hindi version of Vishwaroopam 2 trailer while Jr NTR and Shruti Haasan (daughter of Kamal Haasan) launched the Telugu and Tamil versions. "This film is very close to me and everyone who is a part of this film has worked very hard. I welcome Mr Rohit Shetty and Reliance Entertainment as the presenters of Vishwaroopam 2," Kamal Haasan said in a statement.

Vishwaroopam 2 follows the event after the first part, where Omar Qureshi manages to escape the clutches of RAW agent Wisam Ahmad. In the sequel Wisam and Omar resume their cat and mouse chase yet again.

Ready to watch Vishwaroopam 2 in the theatres on Friday?