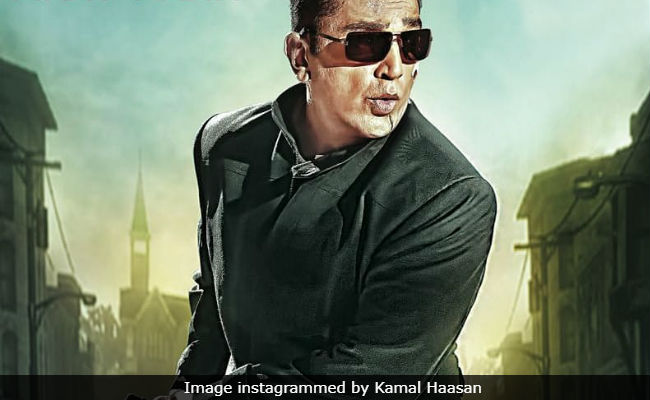 Kamal Haasan is all set for the release of Vishwaroopam 2, come August 10 and speaking with news agency IANS, the actor director said that he's always "believed in espionage films." Connecting his love for espionage films to a family member, Kamal Haasan told IANS: "I always believe in an espionage film. My eldest maternal uncle was in the police department and moved on to the Intelligence Bureau, so the stories that we heard from him were absolutely on the other end of the spectrum as compared to the James Bond films. We all wanted to join MI6 and he trained with MI6, and the stories that he used to tell were something else. So, I always wanted to get that feeling into films."

"As a matter of fact, when we made Nayakan... we decided (that) our bad guys will not wear checkered shirts and scarves on their necks; they'll be such that you won't be able to differentiate them from common people; but they will be indulging in the darkest of deeds," he said, adding: "So, that's exactly the direction we went in."

Vishwaroopam 2 is the sequel to Kamal Haasan embattled Vishwaroopam, which released in 2013. Kamal Haasan reprises the role of RAW agent Major Wisam Ahmad, who is on a mission to capture Omar Qureshi (Rahul Bose), who escaped in finale of the first film.

Vishwaroopam 2 was simultaneously shot in Tamil and Hindi and it has been dubbed in Telugu too. The film's Its Hindi version will be presented by Rohit Shetty.