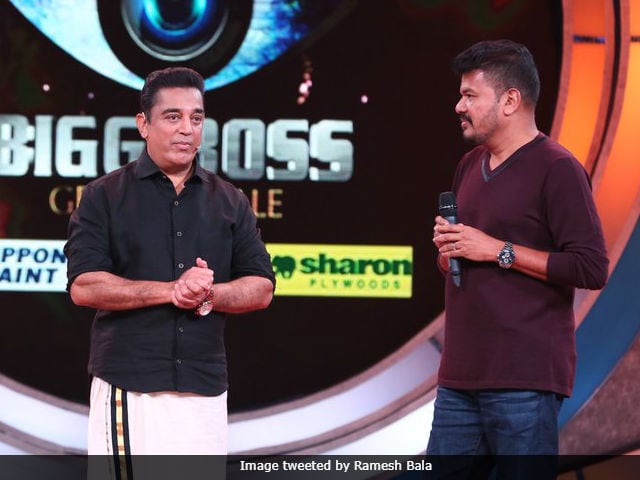 New Delhi: Kamal Haasan and Shankar are all set to collaborate on Indian 2, the official Twitter handle of Sri Venkateswara Creations (SVC) announced on Saturday. Dil Raju's SVC will produce the film, which is a sequel to 1996 film Indian, in which Kamal Haasan was seen in a double role. The film released in Hindi as Hindustani. "Delighted to be associated with two stalwarts of Indian Cinema Kamal Haasan and Shankar Shanmugam for the prestigious project Indian 2," tweeted SVC. Indian 2 will reportedly be filmed in Tamil and Telugu and it will be dubbed Hindi too. Indian 2 will be formally announced tonight during the grand finale of Bigg Boss Tamil, which is hosted by Kamal Haasan, reported trade analyst Ramesh Bala.

Delighted to be associated with two stalwarts of Indian Cinema @ikamalhaasan and @shankarshanmugh for the prestigious project #Indian2pic.twitter.com/u1tBetHhfv

Jus In: #Indian2 announcement will be made in the #BiggBossTamil grand finale tonight in @vijaytelevision.

Promoted
Listen to the latest songs, only on JioSaavn.com
Apart from Vishwaroopam 2, Kamal Haasan is looking forward to the release of his much-delayed film Sabash Naidu, co-starring his daughter Shruti Haasan.

Meanwhile, director Shankar is also a busy man with the release of 2.0 just three months away. The film starring Rajinikanth will release in January. 2.0 is the sequel of Rajinikanth and Shankar's 2010 hit film Enthiran (Robot in Hindi). In 2.0, National Award-winning actor Akshay Kumar plays antagonist opposite Rajinikanth, who reprises the role of Scientist Vaseegaran and robot Chitti.