Kamal Haasan's Sabash Naidu has not been shelved, but has been put on hold 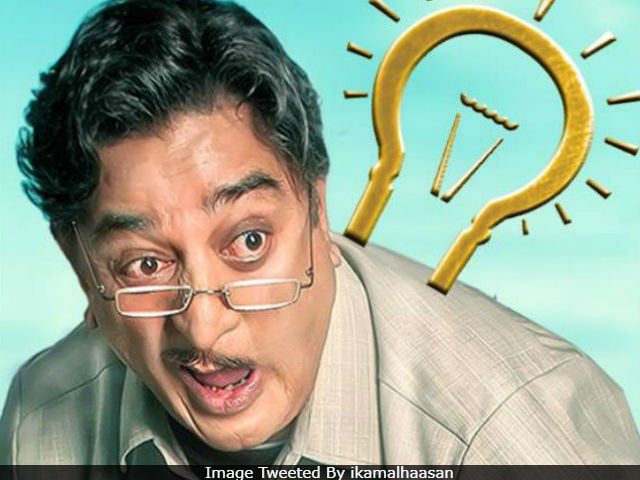 New Delhi: Actor-filmmaker Kamal Haasan's upcoming film Sabash Naidu has not been shelved, a source informed news agency IANS. The multilingual comedy has been put on hold as Kamal Haasan suffered an injury earlier and now he's busy with the television reality show Bigg Boss (Tamil version). "Kamal sir is busy with Bigg Boss show. Contrary to some reports, Sabash Naidu has not been shelved and will be revived very soon. It had to be stalled when he had a leg injury followed by some unfortunate events," the source told IANS. Team Sabash Naidu now plans to resume shoot from December this year.

"The make-up team from the US, which had to take care of Kamal sir's prosthetic look, wasn't available as they were on a Christmas break. Therefore, the shoot had to be pushed to this year," the source added.

Last year in July, Kamal Haasan, 62, fractured his leg after he slipped and fell at his residence here. He didn't shoot for any project for about seven months, IANS reports.

Sabash Naidu is a spin-off on Kamal Haasan's role in his 2008 film. Dasavathaaram, where he played Balram Naidu, a RAW officer. Sabash Naidu is being simultaneously shot in Tamil, Telugu and Hindi. The film also stars Ramya Krishnan and his daughter Shruti Haasan in key roles. Actor Brahmanandam has a role in Tamil and Telugu versions, while Saurabh Shukla will is play the same role in the Hindi version of the film, which has been titled Sabash Kundu.

Meanwhile, Kamal Haasan debuted in television as the host of Bigg Boss, which went on air last month.