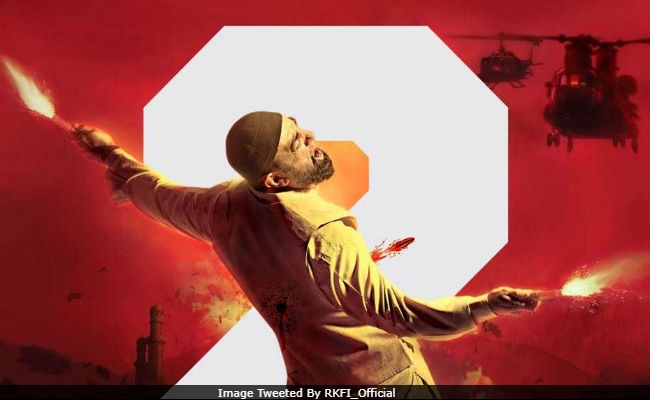 Chennai: The trailer of Kamal Haasan's much-awaited bilingual thriller Vishwaroopam 2 will release today, June 11 at 5 PM. The film will hit the screens on August 10. Bollywood actor Aamir Khan would digitally launch the Hindi version while Kamal Haasan's actor daughter Shruti Haasan and Jr NTR will do the honours for Tamil and Telugu versions, respectively. The film is directed and produced by Kamal Haasan, who also plays the lead role. The movie, shot in Tamil and Hindi, is also dubbed in Telugu. The sequel to Vishwaroopam would also be Kamal Haasan's first film after his political plunge.In February, Kamal Haasan launched his party Makkal Needhi Maiam (MNM) with fighting corruption and development as its key agenda. The party is also adopting eight villages to showcase it's model of development.

The much-awaited #Vishwaroopam2Trailer will hit you on June 11 at 5pm!#Vishwaroopam2TrailerOnJune11#KAMALHAASAN@aamir_khan@shrutihaasan@tarak9999@ikamalhaasan@GhibranOfficial@PoojaKumarNY@andrea_jeremiah@shekharkapur@vairamuthu@Aascarspic.twitter.com/yg3CxZSEzR

Kamal Haasan announces the release date of #Vishwaroopam2: 10 Aug 2018... Trailer today [11 June 2018] at 5 pm... Directed Kamal Haasan, it has been shot in Tamil and Hindi and dubbed in Telugu... Poster announcing the release date: pic.twitter.com/30au9vtAx6

Vishwaroopam was initially banned by the then Jayalalithaa government in 2013 but the Madras High Court ordered its release and it turned into a super hit at the box office.

Promoted
Listen to the latest songs, only on JioSaavn.com
Kamal Haasan's trailer comes close on the heels of the release of actor-turned-politician superstar Rajinikanth's Kaala, which has run into rough weather in neighbouring Karnataka following his pro Tamil Nadu comments on the Cauvery issue. Though the Supreme Court has given its final verdict on the Cauvery issue following which the centre has constituted the Cauvery Management Authority to distribute waters to Karnataka and Tamil Nadu, Kamal Haasan has been promoting talks between both states triggering criticism. Recently, he met Karnataka Chief Minister H D Kumarasamy too in this regard.

Kamal Haasan has at least two more films in hand - Indian 2, by director Shankar, the sequel to his Indian and Sabash Naidu.