The Bhoot trailer is not for the faint-hearted 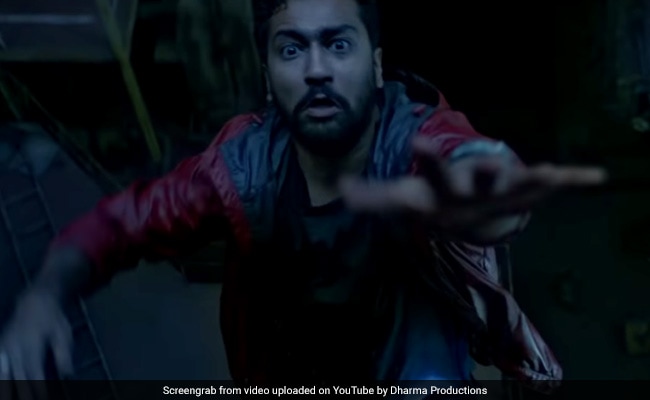 After days of suspense, the trailer of Vicky Kaushal's new film Bhoot released finally. Bhoot: Part One is titled The Haunted Ship and stars Vicky Kaushal as the surveying officer of the titular "haunted ship" named Prithvi. The trailer begins with a deserted ship named Sea Bird being washed ashore in Mumbai due to stormy weather. Mumbaikars are taken aback by the sudden development as Sea Bird is been rumoured to be haunted for years. Vicky Kaushal, who appears to be traumatised by his own past, takes keen interest in Sea Bird. He enters Sea Bird alone with just a torch light and navigates the ship only to find ruins and remains inside.

But the viewers saw what Vicky Kaushal missed on his first inspection of the Sea Bird - a horrifying spirit crawling through the dilapidated walls of the ship, closely watching Vicky Kaushal. Prithvi begins an investigation of sorts about what actually happened inside the ship. Initial investigation suggested that there was a girl involved in the horrifying incidents around the ship.

The trailer then shifts to another scary episode that takes place when a young couple venture into the ship at night. A terrified lover finds his girlfriend being dragged into the walls of the ship by the spirit. Meanwhile, Vicky Kaushal, who seem to be losing his mind, is told by a psychiatrist that his visions are not hallucinations and that he is indeed seeing a ghost.

Bhumi Pednekar makes a blink-and-miss appearance in the Bhoot trailer as Vicky Kaushal's partner. Her blood-stained face is as scary as the ghost in the trailer. The trailer ends with Vicky Kaushal being tortured by the ghost on board the haunted ship.

Watch the trailer of Bhoot: The Haunted Ship here: