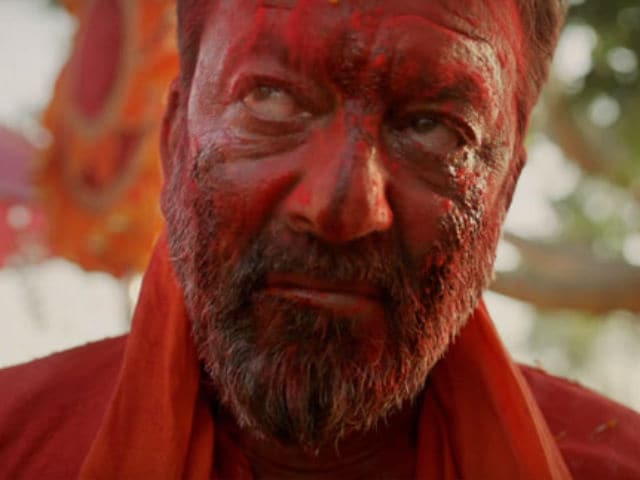 Mumbai: Actor Sanjay Dutt returned to cinema screens Friday in his first film since serving four years in prison for possessing weapons supplied by gangsters behind the 1993 Mumbai bomb blasts.

The disgraced star, 58, plays the role of a father who seeks revenge for the gang-rape of his daughter in Hindi-language action thriller Bhoomi, directed by Omung Kumar.

Sanjay Dutt walked free from jail in 2016. He last appeared in a film in 2014 and promoters trailed Friday's release with a poster on social media declaring: "The Beast is Back".

"I'm very excited to see Bhoomi. I'm sure it will be a big hit," said ardent fan Sandeep Bachche, who has a tattoo of Sanjay Dutt's face inked on his left arm.

The rickshaw driver has another tattoo referencing the title of one of Mr Dutt's most famous film roles while the inside of his three-wheeler is covered in posters of the actor.

"I have booked tickets to watch three consecutive shows on the first day," Bachche told AFP, admitting that he would be watching them alone.

Sanjay Dutt shot to fame in the mid-1980s in a string of action movies in which he performed his own stunts, earning him the nickname Deadly Dutt.

He is best known for playing a mobster with a heart of gold in the popular Munna Bhai series.

Sanjay Dutt was convicted in 2006 of holding guns supplied by mafia bosses who orchestrated the 1993 bombings that killed 257 people.

The attacks were believed to have been staged by Muslim underworld figures in retaliation for religious riots in which mainly Muslims died, following the razing of an ancient mosque.

Sanjay Dutt insisted the two guns were only meant to protect his family in the tense atmosphere in Mumbai following the mosque's destruction.

He was originally given a six-year term and spent 18 months in prison before being released on bail in 2007, pending an appeal.

In March 2013, the Supreme Court upheld his conviction but cut his prison term to five years, sending Mr Dutt back to jail to serve the remaining three-and-a-half years of his sentence.

He was granted several months of freedom at different times to work on unfinished Bollywood movies and his last film appearance came in science fiction hit PK three years ago.

Sanjay Dutt was released in February last year, eight months ahead of schedule for good behaviour. Activists claimed he was given special treatment because of his celebrity status.

He has several films in the pipeline including Munna Bhai 3, Saheb Biwi Aur Gangster 3, Malang and Torbaaz.

Promoted
Listen to the latest songs, only on JioSaavn.com
A biopic is also being made on his troubled life, with Bollywood actor Ranbir Kapoor playing Sanjay Dutt.