First look posters of Kartik Aaryan, dressed exactly like Akshay Kumar from Bhool Bhulaiyaa, have been doing the rounds on the Internet 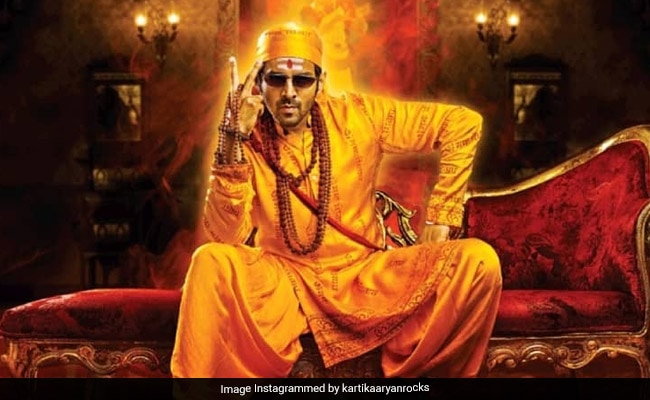 Kartik Aaryan's first looks from Bhool Bhulaiyaa 2 is the best thing you'll see today. No, really. First look posters of the 28-year-old actor, dressed exactly like Akshay Kumar from Bhool Bhulaiyaa, have been doing the rounds on the Internet all of Monday morning, making "#BhoolBhulaiyaa2" a top trend on Twitter. Kartik tweeted the posters with an interesting caption that needed no words. Earlier, Kartik Aaryan also teased fans with a photo of himself dressed like Dr Aditya Shrivastav (Remember Akshay's character from the first film?) and captioned it like this: "Ghostbuster is all set to enter. Hare Ram Hare Ram. Hare Krishna Hare Ram." Now, we can't stop singing the tunes in our heads.

"The haunting comedy returns," reads the posters. Here's what Kartik Aaryan's Instagram looks like right now. Spooky, we must say.

Here's one more poster that's sent Twitter into a frenzy:

It was in 2007 when Akshay Kumar won our hearts yet again, playing the psychiatrist who was summoned by a friend, played by Shiney Ahuja, to unravel mysterious happenings at his ancestral palace, which many claimed was haunted. Akshay Kumar famously co-starred with Vidya Balan in the movie, who was critically acclaimed for playing a character with split personality.

As per the first look posters, Anees Bazmee has taken over from Priyadarshan to direct Bhool Bhulaiyaa 2, which will be co-produced by Bhushan Kumar's T-Series. Bhool Bhulaiyaa 2 is expected to hit screens on July 31, when it will clash with Ranbir Kapoor's much-awaited movie Shamshera, which is slated for July 30.