Vidya Balan: Was Shocked And Sad As I Was Never Nominated For Bhool Bhulaiyaa

"I remember I wasn't nominated for my performance in Bhool Bhulaiyaa at the award ceremonies," said Vidya Balan 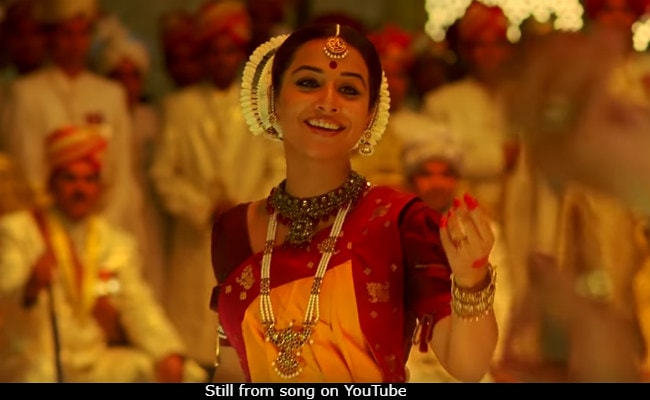 Vidya Balan in a still from Bhool Bhulaiyaa (courtesy YouTube)

Actress Vidya Balan has said she felt sad when she didn't receive a nomination at the award ceremonies for her performance in the 2007 film Bhool Bhulaiyaa.

Vidya spoke about it at the announcement of nominations for the first edition of the Critic's Choice Film Awards, initiated by the Film Critics Guild and Motion Content Group here on Tuesday.

In Bhool Bhulaiyaa, Vidya plays the role of a woman haunted by a ghost and her effortless transition from Avni to Manjulika was praiseworthy.

Asked if she has ever felt sad about not receiving a nomination at award ceremonies, she said: "I remember I wasn't nominated for my performance in Bhool Bhulaiyaa at the award ceremonies. At that time, I really felt sad because everybody was saying that I had performed really well in the film, but no one nominated me for that film. I remember I was bit shocked after that but I think it's a part of life."

Vidya has received several awards, including a National Film Award, as well as multiple Filmfare Awards, Screen Awards, IIFA Awards, and also accolades from the Producers Guild and Zee Cine Awards in her 14 year-long film career.

Sharing her thoughts on award ceremonies, she said: "I have received many film awards in my career, so I am really happy about it. I think as an industry, we should appreciate each other's achievements. Sometimes you win and sometimes someone else wins the award, but you shouldn't take it so seriously that you should feel a grudge about it."

"When you win an award that time, you feel really good but when someone else wins it, then you should clap for them. What's the big deal in it?"

Vidya appreciated the concept of the Critic's Choice Film Awards.

"I think it is fantastic because most of the times many of us question the credibility of an award function but when these guys, the best critics of the country, are involved, I think we can hope for great credibility. I am sure it is going to be one of the trustworthy award functions in our country," she said.

Glad that her work has mostly got thumbs-up from critics, she said: "There are some reviews that I read or watch and sometimes when they (critics) say something that's not very pleasing to me, I still listen to what they have to say because they are very honest. So, we are really hoping that this initiative goes from strength to strength and I wish all the luck for it."

The Critic's Choice Film Awards will be held on April 21.