Baywatch Poster: Priyanka Chopra Wears Something Red. It's Not What You Think 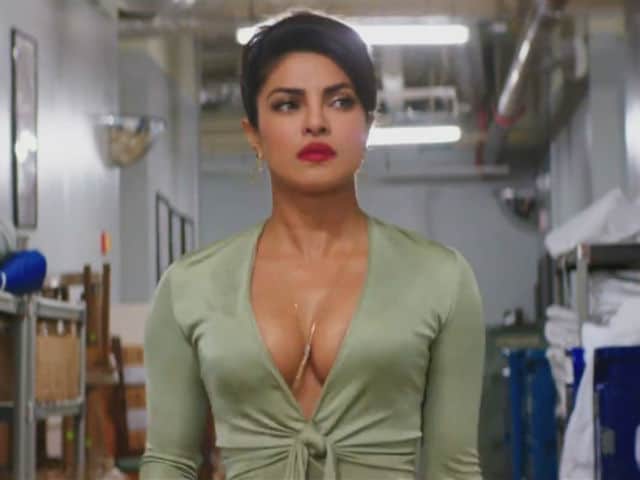 Priyanka Chopra's Baywatch will release on May 26

New Delhi: Priyanka Chopra recently shared the latest poster of her upcoming Hollywood film Baywatch. The 34-year-old actress looks stunning in the poster which introduces her character in the film. Priyanka Chopra, who will be seen playing the main antagonist in the movie, captioned her image on Instagram as: "Being bad can be so good.. presenting #VictoriaLeeds #Baywatch #may26". Baywatch marks Priyanka Chopra's entry into Hollywood. The Dil Dhadakne Do actress will star along with Dwayne 'The Rock' Johnson and Zac Efron. The film, directed by Seth Gordon, is scheduled to release in theatres on May 26.

Check out the poster of Baywatch featuring the stunning Priyanka Chopra:

Being bad can be so good.. presenting #VictoriaLeeds #Baywatch #may26

Priyanka Chopra, who was last seen in Prakash Jha's Jai Gangaajal (2016),is currently in the US shooting for the second season of her TV show Quantico.The actress who stars opposite Jake McLaughlin in show was recently trending on social media as the makers of Quantico teased fans with a development in the show's storyline. In the GIF that went viral, Ryan is seen seated opposite Alex and kisses her in a restaurant. It was captioned: "Ralex revealed!"

Priyanka Chopra has won the People's Choice Award for her portrayal of Alex Parrish in Quantico two times in a row.

Promoted
Listen to the latest songs, only on JioSaavn.com
The actress was in India during the Christmas break and made a solo appearance on Karan Johar's talk show Koffee With Karan. Priyanka Chopra has won many hearts in the west and has appeared on popular chat shows like- The Ellen Show, The Tonight Show With Jimmy Fallon, Jimmy Kimmel Live and The Late Show with Stephen Colbert.

Priyanka Chopra has also presented at the Oscars, Emmys and the Golden Globes.