BAFTA 2021: Priyanka Chopra To Attend As One Of The Presenters

"We're thrilled to announce that the category presenters at the BAFTAs will include Tom Hiddleston, Priyanka Chopra," read BAFTA's post 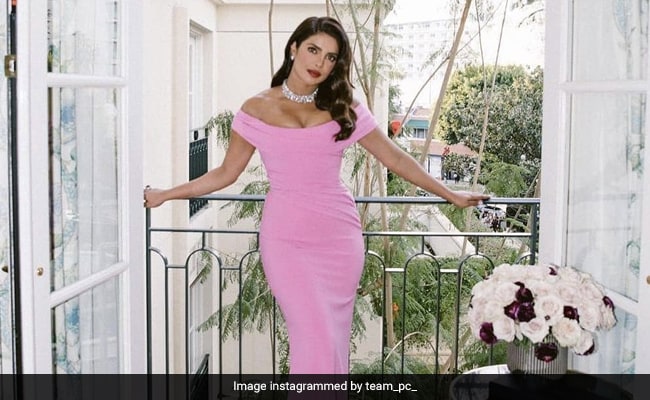 Priyanka Chopra is going places. After announcing this year's nominees for the Academy Awards, the actress will soon be a part of the BAFTA  Awards, which she will attend as one of the presenters. The official Instagram account of BAFTA, shared the news on Thursday night, where they revealed that Priyanka Chopra will be one of the presenters at the award ceremony. Other presenters for the night include Tom Hiddleston, James McAvoy and Cynthia Erivo. The caption on the post read: "We're thrilled to announce that the category presenters at the BAFTAs will include Tom Hiddleston, Priyanka Chopra Jonas, James McAvoy, Cynthia Erivo and so many more! Tune in to see them all on Sunday."

Meanwhile, Priyanka Chopra's film The White Tiger  has received a BAFTA nomination, and so has her co-star Adarsh Gourav. She congratulated the team on the nominations and wrote: "What a proud moment for Indian talent with 2 BAFTA nominations for an ALL INDIAN STAR CAST! Ecstatic for you, Adarsh Gourav, you are so deserving of this recognition, and congratulations Ramin Bahrani, so well deserved." In a subsequent tweet, she added: "I feel extremely proud to have been an executive producer on this movie! Let's get it!"

What a proud moment for Indian talent with 2 BAFTA nominations for an ALL INDIAN STAR CAST!! Ecstatic for you @_GouravAdarsh, you are so deserving of this recognition, and congratulations #RaminBahrani, so well deserved.

Priyanka Chopra and her husband Nick Jonas announced this year's Oscar nominees. She shared these pictures and wrote: "One way or the other...Congratulations to all the nominees. And thank you Academy for the opportunity." In a separate post, she wrote: "This is by far the coolest WFH day ever."

Priyanka Chopra is frequently spotted at Hollywood's big award nights. The Sky Is Pink actress made two back-to-back appearances in 2016 and the following year at the Oscars. Last year, she attended the Golden Globes and the Grammys.

"Hope I'm Invited Back": Will Smith's Apology After Oscar Slap