Neena Gupta: "I am enjoying my acting at this point so much that whatever I was planning to do...some direction, I will do it later" 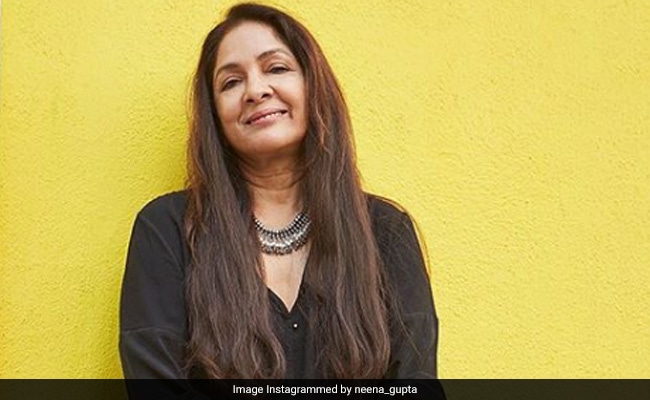 She made her debut in the entertainment industry in 1985, and had a sort of resurgence in her career last year with the film Badhaai Ho. There has no looking back for Neena Gupta since then, as film offers have continued to pour in. The 60-year-old actress is now eager to play a comedy role. Even in Panga and Akshay Kumar-starrer Sooryavanshi, the actress is portraying "interesting" roles of a mother. But what are the roles she is looking for? In an interview with news agency IANS, Neena said: "I want to play a comedy role, really. I am genuinely interested in comedy and I know that I have good comic timing as well. I want to try something on situational comedy."

"Earlier the scenario was different. If you did one comedy role, you would get a tag. In fact, I faced that too. But those days are gone. So I am eager to do comedy," added the two time National Award winner.

After Badhaai Ho, Neena appeared in the Netflix film Music Teacher, Amazon Prime Video web series Made In Heaven as well as a feature film titled The Last Color, which has travelled to many international film festivals globally.

It's a busy time for Neena, and she is loving it.

"This is one of the busiest phases of my career where I am getting good offers and becoming a part of good stories. In fact, I am enjoying my acting at this point so much that whatever I was planning to do...some direction, I will do it later. I enjoy direction as well, but I cannot let go of film offers now. So I am focusing on my acting now," said Neena Gupta.

Neena Gupta has been shooting for Sooryavanshi and Gwalior. She is also trying to find time for her daughter, fashion designer Masaba Gupta. "I will go to London with her for a break. She is going for work, and after that, we will chill. We have to find time for each other. She is my friend now, and we love spending time with each other," said the proud mother, who often flaunts designer saris by her daughter.

On-screen, Neena Gupta doesn't mind playing a mother too, but only as long as the role is substantial and not stereotypical. "No two mothers are the same. There are mothers who sacrifice their dreams for family and feel terrible about it. There are mothers who are career women as well, without being apologetic about it. What I am trying to say is, in reality when there is so much variety, the reel mothers should also be projected that way, right? I am glad that is happening," she said.

In Badhaai Ho, Neena Gupta played a middle-aged woman, a mother of two, who ends up getting pregnant. Giving full credit of the visibility she has received after the release of Badhaai Ho to the film's director and scriptwriter, Neena said: "It is not only the female characters, but also different dynamics of middle-aged characters are getting explored. The subjects of films are changing because we have found a new audience who are interested in stories rather than the age of the character. That's a positive change."