"I am happy that more people will get to see my work." said Neena Gupta 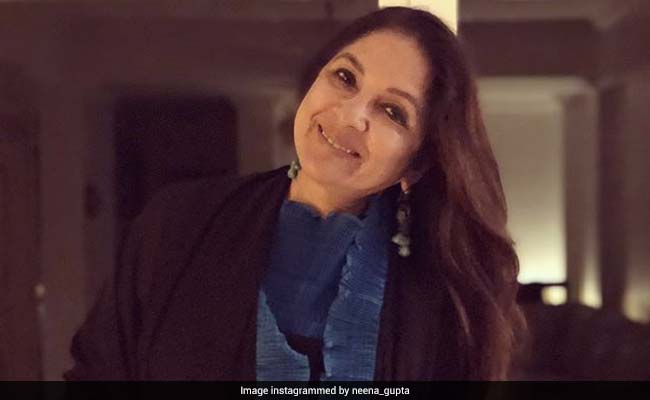 Rohit Shetty's upcoming movie Sooryavanshi, which is currently work-in-progress, has a new cast member. While the film's star cast is headlined by Akshay Kumar and Katrina Kaif, now we came to know that Neena Gupta will be playing the role of Akshay Kumar's mother in the film, reported Pune Mirror. In an interview with Pune Mirror, Neena Gupta shared the details of her role and said: "This is an interesting role because it isn't the stereotypical mother, who asks his son about food, marriage etc. but has several dimensions." Neena Gupta added that she's adding something "new" to her role as the mother of a cop. "There is a new temperament to the mother, and you will get to see a very different dynamic between Akshay, Katrina and me. This is new, sweet and interesting space that I am looking to explore," Neena Gupta told in her interview with Pune Mirror.

In the interview, Neena Gupta further said that this film is giving her new opportunities to explore, expressing which she said: "I am happy that more people will get to see my work. Rohit has made some amazing films, which has been appreciated by the audience."

Now, here are some deets about Sooryavanshi. The Rohit Shetty-directed film is a cop- drama, where Akshay Kumar plays a top cop. Katrina Kaif stars opposite him in film, which was revealed in the end of last month. This is the first time that the actress is filming with Rohit Shetty and also her first project with Karan Johar's Dharma Production. The film is the fourth film in the director's cop-drama series, after the Singham series and Simmba .

Here is the first look of the movie, which was shared by Karan Johar:

Akshay Kumar and Katrina Kaif will be seen in a film together after their 2010 film Tees Maar Khan.

Sooryavanshi's release date is yet to be announced.