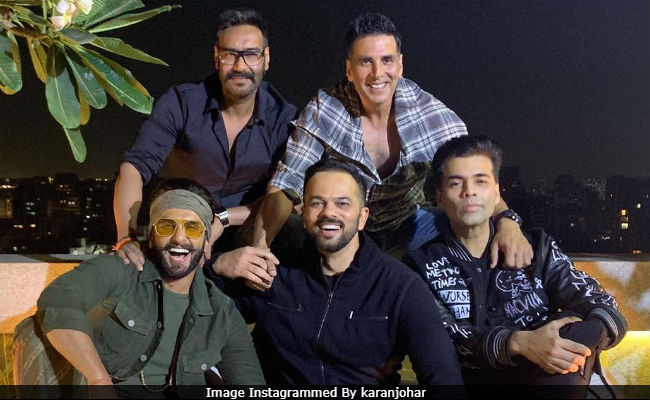 If you have watched Ranveer Singh's Simmba, you will know that Akshay Kumar will now 'take charge' in and as Sooryavanshi in Rohit Shetty-directed next cop drama. Remember the final scene in Simmba when Ajay Devgn (Singham) makes a call to Akshay Kumar? Speaking about Sooryavanshi, Rohit Shetty told DNA in an interview that he is working on the script. "Yes, we will finalise the script shortly," he said. After Simmba's success, Rohit Shetty is now the first Bollywood director whose eight consecutive films have earned over Rs 100 crore at the box office. Apart from Sooryavanshi, Rohit Shetty also spoke about his other projects and told DNA, "We're working on another instalment of Golmaal and planning something else too. I'm juggling with three-four things. I will direct one while the rest will be our production."

"Three of my chief ADs will be launched as directors next year with their films. We're also doing a series with Amazon, though that's still in the pipeline, but it's going to be on a big scale," he added.

Last night, a success party for Simmba was hosted by Karan Johar (the producer). Team Simmba, along with stars like Deepika Padukone, Ajay Devgn, Kajol, Akshay Kumar and others were there to celebrate.

Singham Simmba Sooryavanshi...Coming...Should I tell you Something that you don't know???

Rohit Shetty, who has made blockbuster series Golmaal and Singham with Ajay Devgn, said that the actor has been a 'great support system' to him. Zameen, which was Rohit Shetty's debut film has a director, also starred Ajay Devgn. "No one can take Ajay's place. He's been a great support system to me. Whatever I'm today is because of him. Other than that, I'm working with a lot of people and making new friends. Ranveer is like a younger brother. But Ajay will always be special. It's not about the kind of performer or the star that he is, it's not a comparison between two stars or heroes. He is like my elder brother and that can never change," Rohit Shetty told DNA.

Meanwhile, in Simmba, Ranveer co-starred with Sara Ali Khan. The film has scored over Rs 190 crore at the box office and very much counting.