Read inOther Languages
This Article is From Apr 22, 2019

Katrina Kaif is working for the first time with Dharma Productions 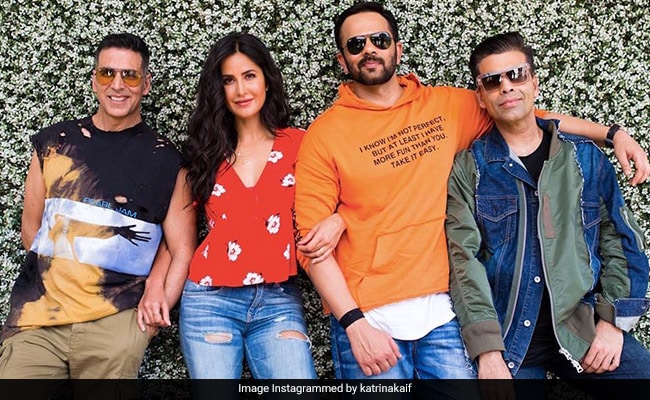 Akshay Kumar and Katrina Kaif have co-starred in films such Namaste London, Welcome, Singh is King and many more. The on-screen couple were last seen in the film Tees Maar Khan, which was released in the year 2010.

Director Rohit Shetty too has shared the same photo on his Instagram and wrote, "Welcome to our Cop Universe Katrina Kaif... Our Sooryavanshi Girl." The film is the second spin-off of the movie Singham series. Sooryavanshi will be releasing next year during Eid.

Take a look at the picture shared by Katrina Kaif:

Simmba not only had revealed about the movie Sooryavanshi but also gave a hint about the fifth part of the film Golmaal. Remember the song Ladki Aankh Maare featuring Kunal Kemmu, Arshad Warsi, Tusshar Kapoor and Shreyas Talpade? Simmba was a third highest earing films of 2018.