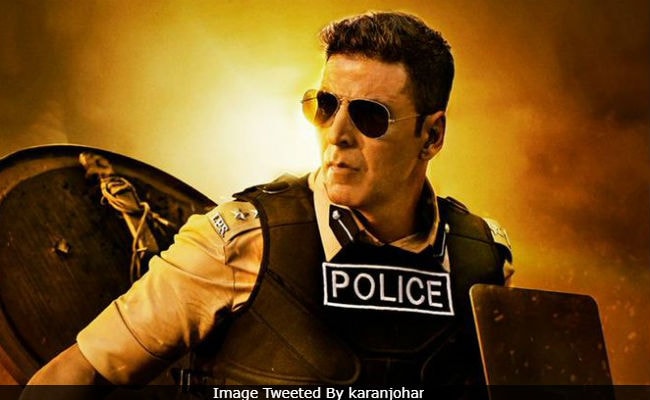 "From Rohit Shetty's police universe, get ready for the fire-packed Sooryavanshi," tweeted Akshay Kumar while revealing the film's posters.

Eid 2020 will be about a bullet for a bullet. #Sooryavanshi stars the khiladi of all time, @akshaykumar & directed by the blockbuster machine, #RohitShetty!@akshaykumar#RohitShetty@apoorvamehta18@RelianceEnt@RSPicturez@DharmaMovies#CapeOfGoodFilmspic.twitter.com/b6GulNsjpV

Ajay Devgn, who has famously starred in the extremely successful Singham series, wrote, "A bullet for a bullet... He's not alone..." and so read Ranveer Singh's caption for Sooryavanshi's post. Ranveer was roped in to play the lead in the blockbuster film Simmba, which released in December.

Rohit Shetty had introduced Akshay Kumar as the lead actor of Sooryavanshi at the end of Simmba, in which Ajay Devgn also had an extended cameo. In the film, Akshay Kumar made a brief appearance as the cop Sooryavanshi, who will "take charge in 2019."

Sooryavanshi will be directed and produced by Rohit Shetty, along with Karan Johar's Dharma Productions.