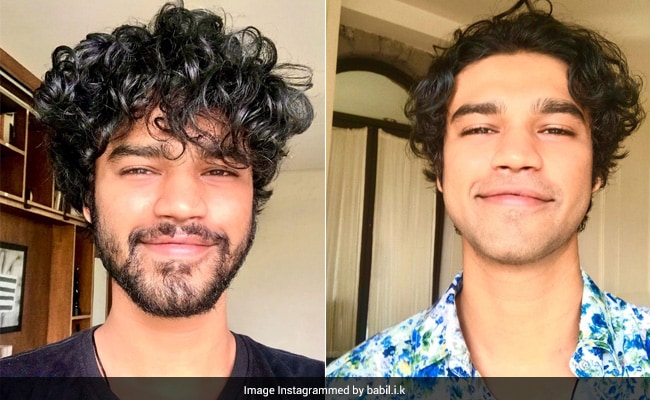 Irrfan Khan's son Babil, who will soon make his acting debut in the Netflix film Qala, is an avid social media user. Babil's Instagram posts are mostly dedicated to his dad and mom- Irrfan and Sutapa Sikdar respectively. However, Babil's new Instagram upload is just for himself. On Tuesday, Babil posted pictures of his two different looks on the platform. In the first picture, he can be seen sporting a moustache and beard, as he smiles while posing for the selfie. His curly hair looks messy. The second picture features Babil showing off his clean shaven look. We can also see his trimmed hair in the frame. Both the pictures were clicked in the gap of "10 minutes".

Babil frequently shares his pictures on his Instagram account. Recently, Babil took us back to his childhood days and posted a throwback picture of himself on the platform. In the picture, Babil as a little child can be seen holding a video camera. "Fate since 98," Babil wrote in his caption.

Take a look at a few more pictures of Babil that he posted on Instagram.

In terms of work, Babil has been paired opposite actress Tripti Dimri in his upcoming film Qala. Anushka Sharma is producing the movie under the banner of her production house- Clean Slate Filmz.