Baahubali 2 Is A Knockout Blockbuster. Can It Make 1,000 Crore? 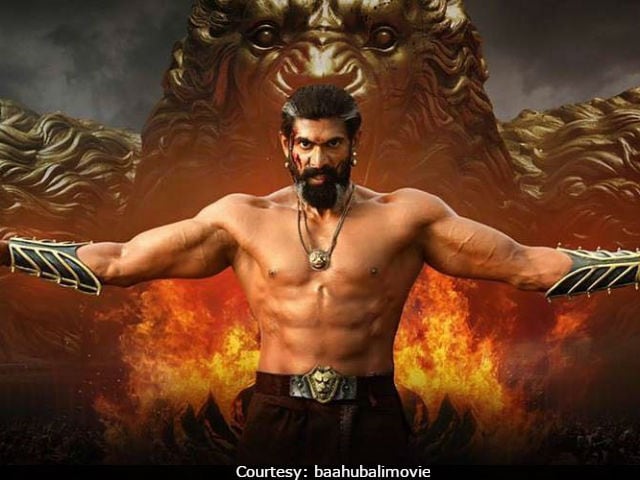 New Delhi: There aren't many box office records that Baahubali: The Conclusion hasn't shattered - in particular, the Hindi version of director S S Rajamouli's mega-budget film has exceeded expectations, setting new benchmarks that the Khans will likely be hard-pressed to equal. Baahubali 2 released last Friday in several languages - it made over Rs 300 crore in its first weekend and the numbers are only rising. The possibility of the film making Rs 1,000 crore has been floated by experts. Trade analyst Akshay Rathi told mid-day, "The film has shown us the potential of the Indian market. It crossed the lifetime business of Raees (2017) in a day, Prem Ratan Dhan Payo (2015) in two, and Dangal (2016) in three days. It may soon reach the four-figure mark."

Analyst Taran Adarsh put things into perspective with this tweet:

What most biggies collect on holidays/Sunday, #Baahubali2 collects on a working day [Tuesday]... Early est: around 30 cr [/-]... HINDI.

Ticket sales will be boosted by the fact that, with no major release scheduled for this Friday, the film will be unchallenged for two weeks. If Baahubali 2 does manage a lifetime collection of Rs 1,000 crore or even close, it will be upto Salman Khan's Tubelight, Rajinikanth's 2.0 and Thugs Of Hindostan, starring Aamir Khan and Amitabh Bachchan, to match numbers, or attempt to. Salman's Tiger Zinda Hai is also coming up later this year, as is Shah Rukh Khan's film with Imtiaz Ali.

Promoted
Listen to the latest songs, only on JioSaavn.com
Baahubali: The Conclusion is the second of Rajamouli's two-part epic fantasy. The cast includes Prabhas, Rana Daggubati, Sathyaraj, Ramya Krishnan, Anushka Shetty and Tamannaah Bhatia. The VFX-heavy film has received praise from celebrities such as Rajinikanth and Dhanush.

The first part, Baahubali: The Beginning, released in 2015 and also destroyed the box office. It won the National Award for Best Feature Film.