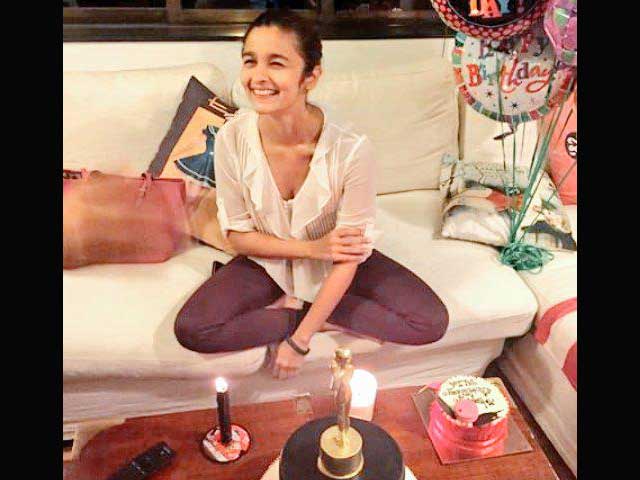 This image was posted on Twitter by Alia's Studio

2 States star Alia Bhatt, who turned 22 on March 15, was showered with wishes by her contemporaries like Parineeti Chopra and Shraddha Kapoor on Twitter.

Parineeti also wished her the best. She tweeted:

Aliaaaa !! @aliaa08 Wish you the happiesttttttt of birthdayss!!!! Lots of love, happiness and success to youu :) !!!!

Student of the Year director Karan Johar also took to Twitter to wish the actress. He tweeted:

Happy birthday my darling @aliaa08....love you lots and you make me so proud!!!! pic.twitter.com/Kch05cINUo

Happy birthday @aliaa08 have an even better year than you did last year. Big love.

Ever so sparkling @aliaa08 -have a wonderful birthday- big hug