"I do realise my children are growing up and my wife needs time from me," said Ayushmann Khurrana 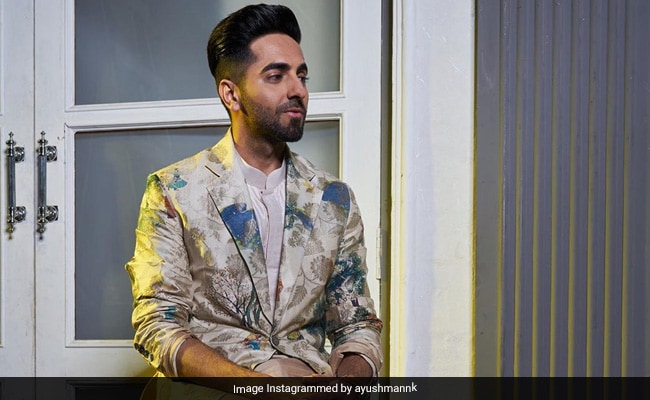 Ayushmann Khurrana has had a busy year with back-to-back releases. The actor plans on taking a vacation of sorts with his family for a while. During a recent media interaction with news agency IANS, Ayushmann said that he will try to strike a balance between his personal and professional life, which is why he plans to take a vacation with his family. "All of last year and most of this year I was shooting four back-to-back films. So this past one year was really tough. But now I am taking care of it, and I will strike a balance. I am taking time off from mid-November to be with my family," said Ayushmann. The 35-year-old actor added, "I don't know how long the break will be. It could be two to three months, maybe more."

Ayushmann, who has Bala, Shubh Mangal Zyaada Saavdhan and Gulabao Sitabo in the pipeline, said that he hasn't signed any films after November. "I haven't signed any film after Bala. After November 15, I am completely free to spend time with my family. I do realise my children are growing up and my wife needs time from me. I am making a conscious attempt to take time off from work periodically," IANS quoted the actor as saying.

Ayushmann Khurrana married filmmaker Tahira Kashyap in the year 2011. The couple are parents to a son named Virajveer and a daughter named Varushka.

Ayushmann Khurrana is currently basking on the success of Dream Girl, which recently crossed the Rs 100-crore-mark.He also featured in the film Article 15 this year, in which he played the role of a cop. He recently won the National Film Award for Best Actor for his performance in the 2018 film AndhaDhun.