At Soundarya Rajinikanth And Vishagan Vanangamudi's Wedding: Kamal Haasan And Other Celeb Guests

Here are inside pictures from Soundarya and Vishagan Vanangamudi's wedding 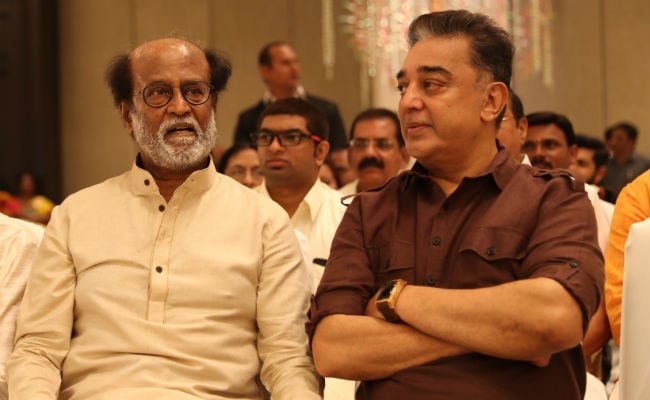 Rajinikanth and Kamal Haasan on the sidelines of Soundarya's wedding.

Superstar Rajinikanth's daughter Soundarya married actor businessman Vishagan Vanangamudi in a lavish ceremony on Monday, which was attended by her Rajinikanth's colleague Kamal Haasan, and Tamil Nadu chief minister Edappadi K Palaniswami, among others. Soundarya looked lovely dressed in Abu Jani Sandeep Khosla couture while Vishagan wore veshti, part of traditional south Indian menswear. Rajinikanth was all smiles as he posed with his colleagues, who blessed the newlyweds. Filmmaker KS Ravikumar, who has directed Rajinikanth in films like Lingaa, Mutthu and Padayappa to name a few, was also among the attendees. Politician Vaiyapuri Gopalsamy, better known as Vaiko, was also there. 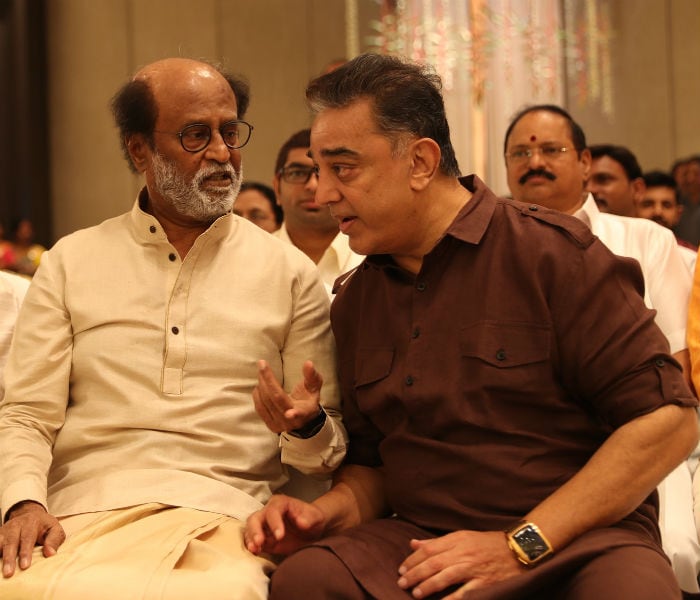 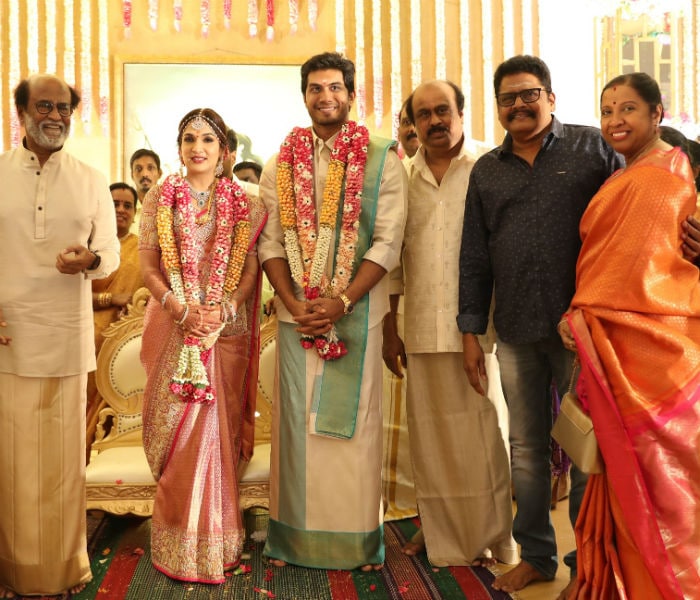 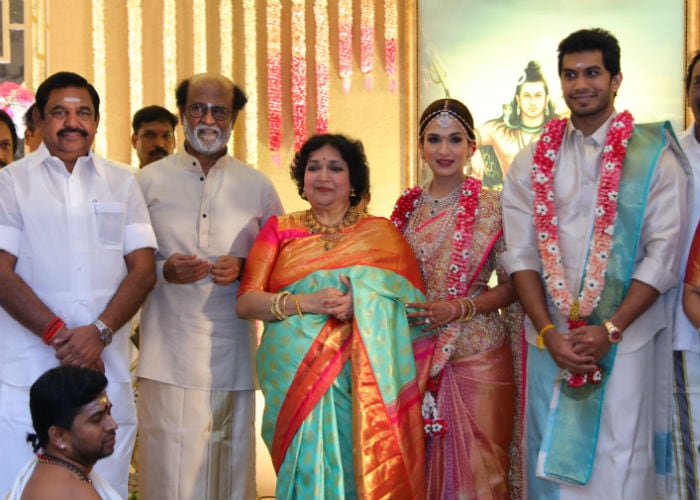 Politician Vaiyapuri Gopalsamy arrived with gifts for the couple 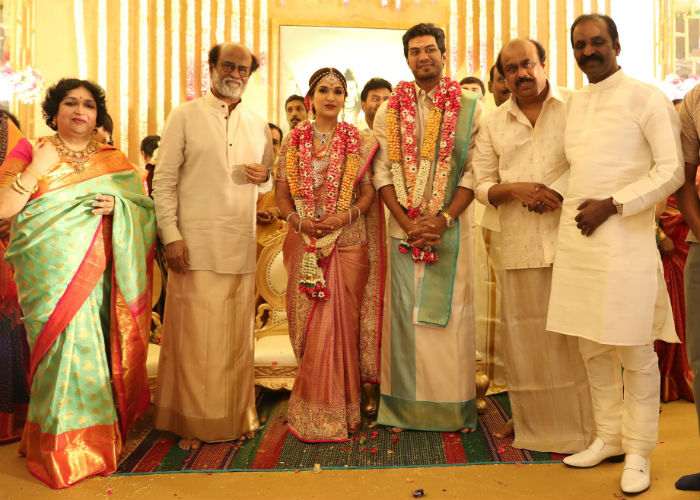 Here are inside pictures from Soundarya and Vishagan Vanangamudi's wedding, which was held in the Leela palace Hotel in Chennai.

Soundarya is the younger of Rajinikanth's two daughters. His elder daughter Aishwaryaa is married to actor Dhanush. Soundarya was earlier married to businessman R Ashwin, with whom she has a three-year-old son Ved. In some pictures from the wedding festivities, Ved was spotted posing with Soundarya and Vishagan.

Meanwhile, a mehendi function and a sangeet ceremony preceded Monday's wedding ceremony. Some pictures from Saturday's pre-wedding festivities were shared by Soundarya on twitter while fan clubs shared a video of Rajinikanth dancing to his heart's content at his daughter's sangeet.

Soundarya is a graphic designer and filmmaker. She has worked in several films starring Rajinikanth while she last directed Dhanush and Kajol in 2017 film Velaiilla Pattadhari 2. Vishagan owns a pharmaceutical company and he was recently seen in Manoj Bheeda's Vanjagar Ulagam.