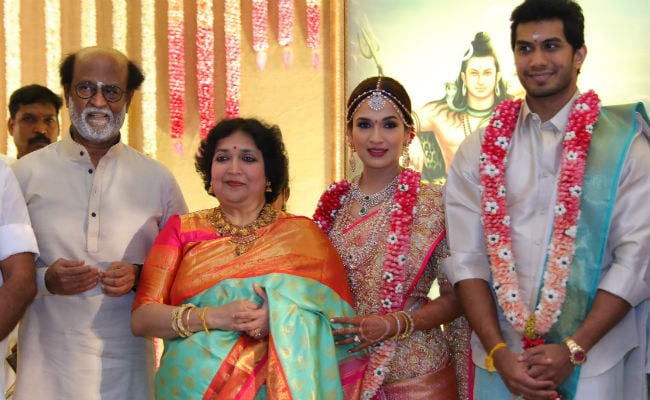 Actor Rajinikanth's daughter Soundarya married actor-businessman Vishagan Vanangamudi as per south Indian rituals today at the Leela Palace Hotel in Chennai. Tamil Nadu chief minister Edappadi K Palaniswami was among the guests and so was actor Kamal Haasan, whom the 2.0 star invited last week. Earlier, news agency ANI shared a photo of the father of the bride waving at the shutterbugs stationed outside the hotel and also a picture of the bride all ready to walk down the aisle. Soundarya's make-up artist Prakruthi Ananth also shared that Soundarya has opted for Abu Jani Sandeep Khosla couture for her big day. The photographers also got a glimpse of groom Vishagan Vanangamudi arriving at the venue with his family. 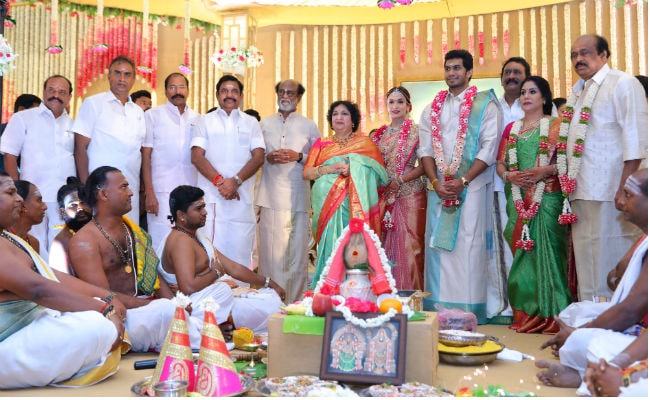 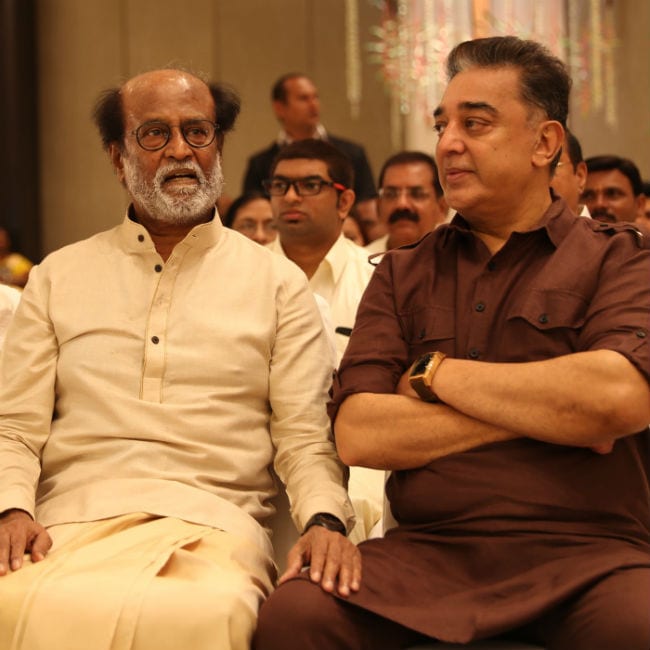 Here are the aforementioned ANI tweets showing Rainikanth, Soundarya and Vishagan Vanangamudi at the wedding venue:

Tamil Nadu: Actor Rajinikanth and other guests at The Leela Palace hotel in Chennai where his daughter Soundarya Rajinikanth is tying the knot with actor Vishagan Vanangamudi today. pic.twitter.com/SwtLjRrouG

These are screenshots from Prakruthi Ananth's Instagram story, detailing the bride's look: 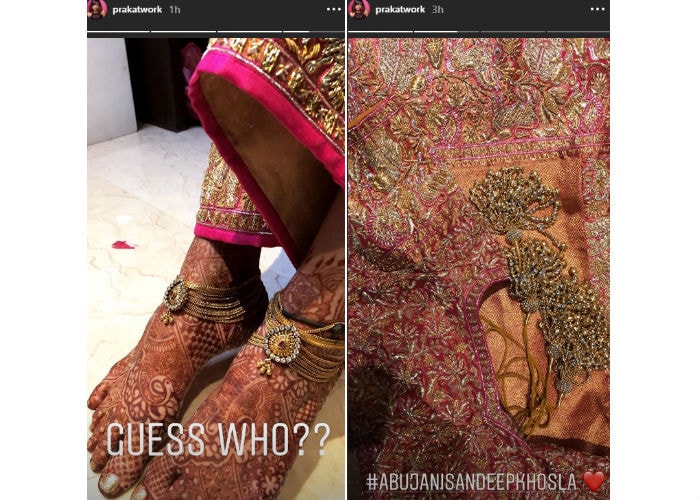 Before the wedding, Rajinikanth and his family hosted a pre-wedding reception for family and close friends on Friday, which was followed by a combined sangeet and mehendi ceremony. Soundarya posted a few pictures from Saturday's ceremony and wrote: "Blessed and grateful beyond words!!!! The three most important men in my life... my darling father... my angel son... and now you my Vishagan."

Rajinikanth was the life and soul of the Sangeet ceremony. This video of him dancing to his heart's content trended over the weekend:

Soundarya is a graphic designer and filmmaker. She last directed her brother-in-law Dhanush and Kajol in Velaiilla Pattadhari 2. Vishagan owns a pharmaceutical company and he is also an actor - he was recently seen in Manoj Bheeda's Vanjagar Ulagam.