Inside Soundarya Rajinikanth And Vishagan Vanangamudi's Pre-Wedding Reception In Chennai 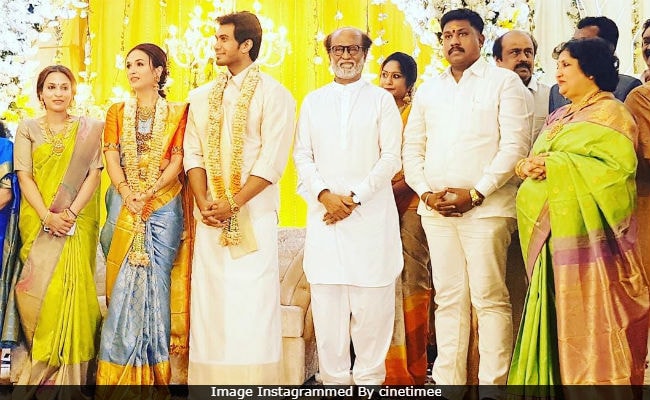 Soundarya and Vishagan Vanangamudi with Rajinikanth, Latha Rajinikanth and others (Courtesy: Instagram)

A pre-wedding reception of Rajinikanth's younger daughter Soundarya and her fiance Vishagan Vanangamudi was held on Friday in Chennai. The couple are getting married on February 11. As per various media reports, the pre-wedding reception was held at Raghavendra Kalyana Mandapam. Several inside photos have been shared on social media and going by them, it appears that the function was an intimate affair. The bride-to-be opted for a blue and gold silk sari while Vishagan Vanangamudi was dressed in a white shirt and a dhoti. Rajinikanth wore a kurta pyjama set and his wife Latha was seen in a green sari. Soundarya's elder sister Aishwaryaa and her actor husband Dhanush also attended the ceremony.

Here are the inside photos from Soundarya and Vishagan Vanangamudi's pre-wedding reception.

Earlier this week, in a Twitter post, Soundarya confirmed her wedding to Vishagan Vanangamudi, an actor-industrialist. She shared a photo of herself dressed in a traditional outfit and wrote, "One week to go. Bride mode. Ved Vishagan Soundarya."

It was also reported that ahead of the wedding, a puja for the couple will also be held at Rajinikanth's residence in Poes Garden. 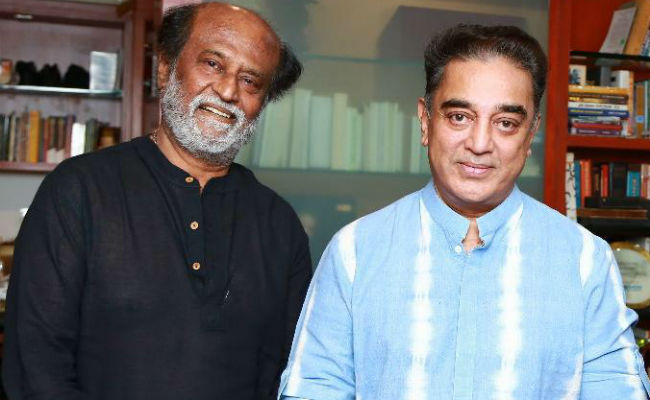 This will be Soundarya and Vishagan Vanangamudi's second marriage. Soundarya was previously married to businessman R Ashwin, with whom she has a three-year-old son Ved. Mr Vanangamudi was earlier married to Kanikha Kumaran, a magazine editor.

Soundarya Rajinikanth has worked as a graphic designer on several films. She directed her brother-in-law Dhanush and actress Kajol in 2017's Velaiilla Pattadhari 2 (VIP 2).