Soundarya Rajinikanth herself made the big announcement on social media a couple of days back saying, One week to go. 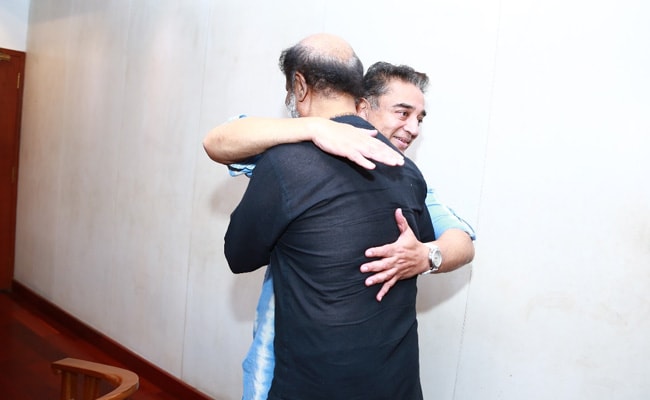 Superstar Rajinikanth on Thursday met actor-turned-politician Kamal Haasan in Chennai and invited him to his daughter Soundarya Rajinikanth' wedding, which is to be held on February 11, 2019.

Ms Soundarya had earlier confirmed her wedding to businessman and actor Vishagan Vanangamudi on Twitter.

Ms Soundarya had earlier married industrialist Ashwin Ramkumar in 2010 and they filed for divorce in 2016 and then got separated. They share a son, Ved.

On Thursday, Soundarya's team released pictures of Soundarya and Vanangamudi together.

Having started her career as a graphic designer, Soundarya has worked in films such as "Baba", "Majaa", "Sandakozhi" and "Sivaji".

She made her directorial debut with her father starrer "Kochadaiiyaan".  She is launching a web series on "Ponnyin Selvan", a historical novel by Kalki Krishnamurthy.

Superstar Rajinikanth, who has decided to make a political plunge, is yet to launch his party. However Kamal Haasan, who has launched his party, has decided to fight the Lok Sabha elections alone. He said, "Our hands are untainted and we have to be careful."