At 16, Shriya Saran Wore A Saree For The "First Time." See Throwback Pic

"Saree not sorry," wrote the actress 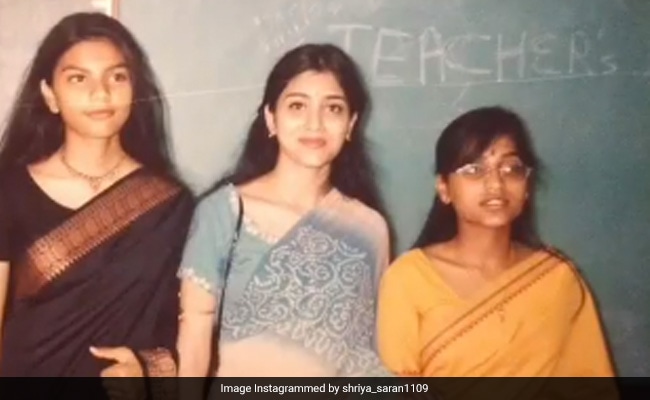 Actress Shriya Saran, in a throwback state of mind on Tuesday, shared a photo of herself from the day when she wore a saree for "first time." Shriya was 16 at that time. In the blast from the past, which appears to be from her school days, the actress looks adorable in a blue and pink saree as she poses with her friends for the camera in a classroom. "Teacher's Day" can be seen written on the blackboard in the background of the photo. "First time I ever wore a saree...sweet 16," Shriya Saran wrote in the caption and added: "Saree not sorry, sweet 16."

Check out the adorable throwback picture of Shriya Saran in a saree here: 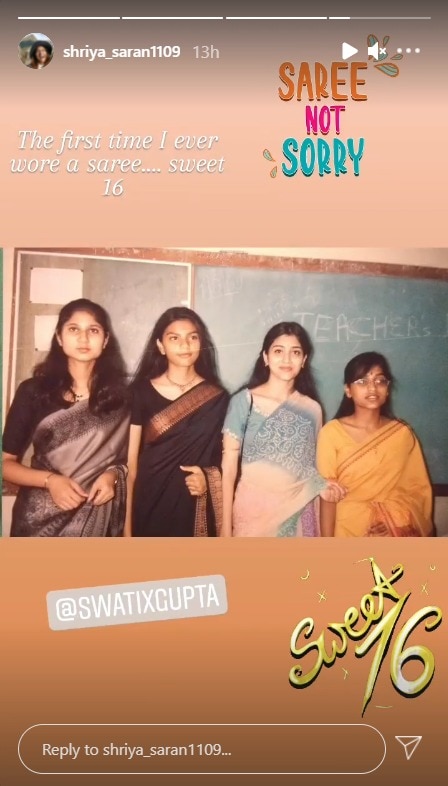 In another Instagram story, Shriya posted a photo of herself from when she wasn't an actress. A year after the photo was clicked, Shriya ventured into acting. In the picture, she can be seen resting in her friend's lap and sporting a white outfit. "This is a year before I became an actress. Movies did me good," read the caption. Take a look: 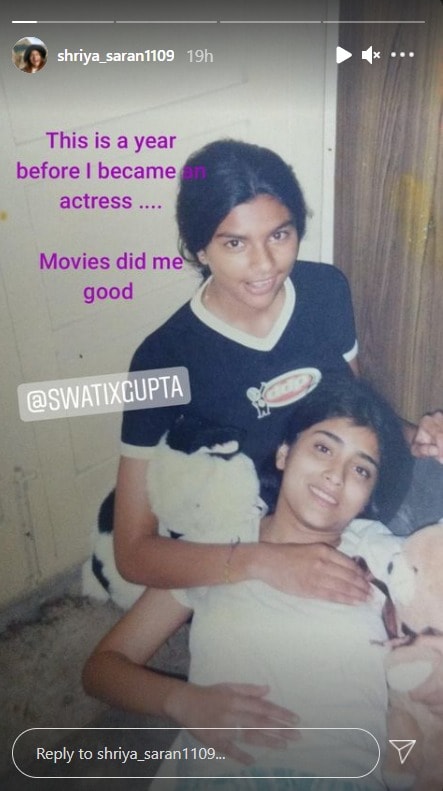 Shriya Saran is best-known for featuring in Hindi films like Awarapan and Ajay Devgn's Drishyam. She made her Bollywood debut in 2003 with Genelia D'Souza and Riteish Deshmukh's Tujhe Meri Kasam and went on to feature in Ek: The Power of One, Shukriya: Till Death Do Us Apart and Mission Istanbul, among others.

The actress has appeared in several Tamil and Telugu films also, such as the 2007 film Sivaji opposite Rajinikanth. She is also known for featuring in Telugu film Manam opposite Akkineni Nagarjuna and Tamil film Kanthaswamy.

Shriya Saran is married to Russian tennis player Andrei Koscheev. They got married on March 12 in 2018.