"My school annual day function," the actress wrote in the caption 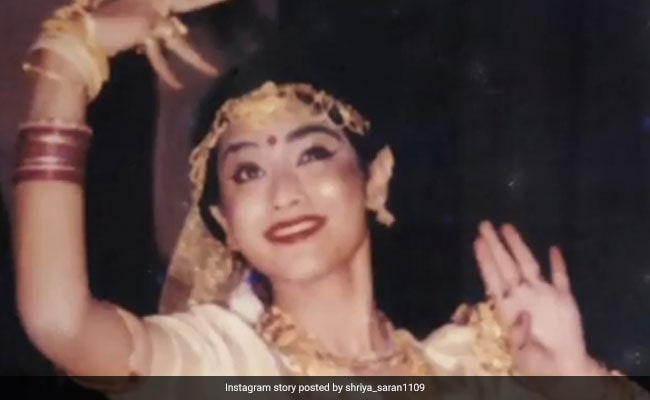 Dhrishyam actress Shriya Saran made our day by sharing a rare throwback picture of herself on social media. The actress, on Tuesday, flipped through the pages of her school diaries and posted a photo of herself dancing at her school's annual day event. She looks pretty dressed in a traditional outfit. "My school annual day function," she wrote in the caption and added, "Dance! Dance! Dance!" In the old picture, the actress can be seen wearing what appears to be a cream and gold saree. For those who don't know, Shriya Saran is a trained Kathak dancer. Check out her throwback post here: 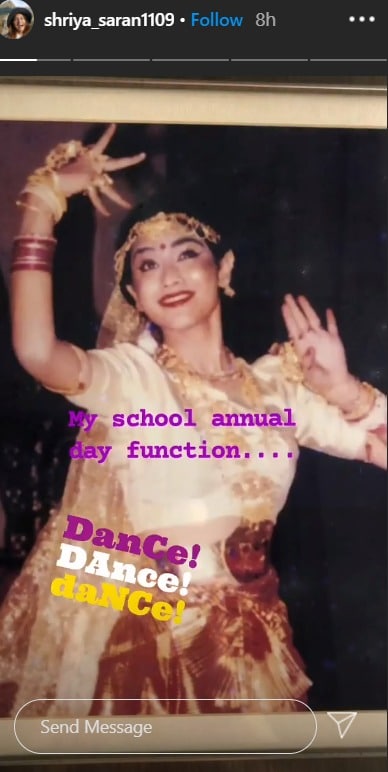 Shriya Saran, in August this year, showed her fans her amazing dance skills by posting two clips of herself performing Kathak at different events. "Please take me back to stage, dance and music," she captioned one of the posts while in another, she wrote: "Last year on stage, choreographed by Nutan Patwardhan."

Please take me back to stage , dance and music .... Kathak is choreogphed by @nutanpatwardhan tai. Concept and music by @petrglavatskikh @pavel_novikov_pravin @hasanshuheb @denis.kucherow My outfits are designed by @rajattangriofficial Make up hair and styled by Mom @neerjasaran26@gmail.com , like good old days.... She made me tie Ghumgaroo twice . Then put black teeka , then hugged me 100000 times.

Last year on stage , choreogphed by @nutanpatwardhan Drums by @petrglavatskikh This video is shot by @andreikoscheev ( secretly.... hidden camera hahah) Clothes by @rajattangriofficial Like good old days @neerjasaran got me ready

Shriya Saran is married to Russian tennis player Andrei Koscheev. They got married on March 12, 2018

In terms of work, Shriya Saran is best-known for featuring in Hindi films like Awarapan and Ajay Devgn's Drishyam. She made her Bollywood debut in 2003 with Genelia D'Souza and Riteish Deshmukh's Tujhe Meri Kasam and went on to feature in Ek: The Power of One, Shukriya: Till Death Do Us Apart and Mission Istanbul, among others. She has appeared in several Tamil and Telugu films also, such as the 2007 film Sivaji opposite Rajinikanth. She is also known for featuring in Telugu film Manam opposite Akkineni Nagarjuna and Tamil film Kanthaswamy.