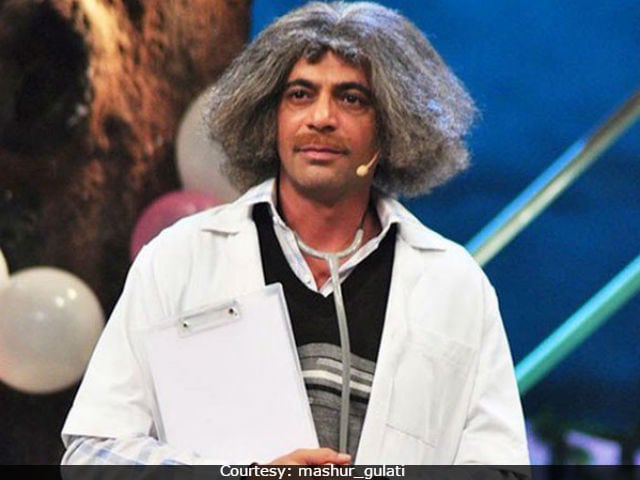 New Delhi: Ace comedian Sunil Grover, who has quit The Kapil Sharma Show, has decided not to make a comeback. However, as the show completed 100 episodes, Mr Grover said that he completely 'enjoyed' his stint on the show, reports Hindustan Times. "Maine jitne 92 episodes kiye, unme bohot maza aaya (I enjoyed all the 92 episodes that I have done). I have a lot of gratitude for this platform, because it gave me a lot of love and I have been lucky that I got this opportunity. Mere mann mein iss platform ke liye humesha hi gratitude rahega (I will always be grateful to this platform)," Sunil Grover told Hindustan Times. Last month, the show's host Kapil Sharma had a fight with Sunil Grover on a flight. Mr Sharma is accused of hitting his Mr Grover, now his former co-star, after getting drunk.

Ahead of the 100th episode, Kapil Sharma released a video on Facebook, where he thanked all his guests and the entire team (and those to who are not a part of the show anymore, to be precise) for making the The Kapil Sharma Show successful. Without taking any names, he said, "I am thankful to all the viewers and celebrities who have come to our show from various fields. I would also like to thank my current team and the ones who are not with us today."

Last week, actor Rishi Kapoor requested Kapil Sharma and Sunil Grover to re-unite and tweeted: "Mil jao yaaron." But, Sunil Grover, who seems to have decided not to forgive Kapil Sharma, replied: "Sir, I am not playing this season coz I am retired hurt." However, Kapil Sharma didn't respond to Mr Kapoor's tweet.

IPL. There is a look alike of @KapilSharmaK9 in the team of Sun Risers Hyderabad. Anyone finding @WhoSunilGrover in any team?Mil jao yaaron!

@chintskap@KapilSharmaK9 Sir, I am not playing this season coz I am retired hurt. Best Regards🙏.