Arjun Rampal and Gabriella Demetriades have been dating for over a year now. Earlier this week, Arjun Rampal shared a throwback picture from his childhood album and captioned it, "I wonder if he looks like me????? #throwbackmanydecades lol." Here's the post:

I wonder if he looks like me????? #throwbackmanydecades lol

Here's the aforementioned picture of Arjun Rampal and his son, shared by Gabriella Demetriades: 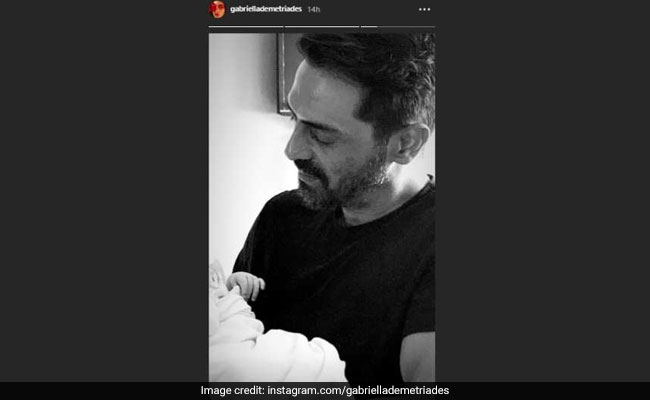 On the work front, Arun Rampal's last film was JP Dutta-directed Paltan while he was also seen in the web-series The Final Call. Gabriella Demetriades has featured in the Bollywood film Sonali Cable and the Telugu film Oopiri.