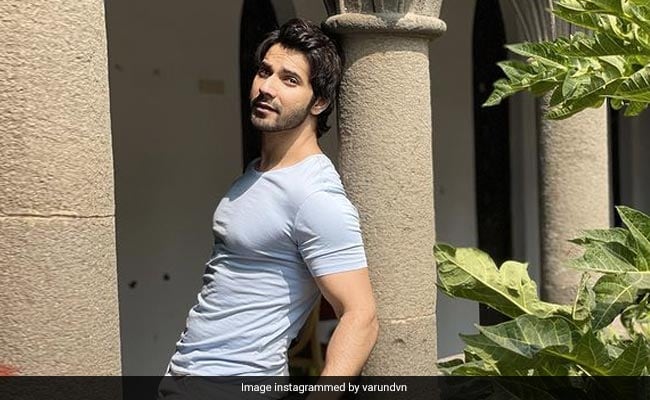 When you are a Bollywood star, the whole world is always watching you. But with Varun Dhawan, it looks like even his friends and colleagues are keeping a tab on what the actor is up to. The comments on his latest Instagram post are proof of this. Varun Dhawan posted a set of pictures of himself harmlessly posing in the corridors of a Victorian-era building from the sets of Jug Jugg Jeeyo. And while the actor looked dapper as ever, Varun Dhawan's close pal and colleague, Arjun Kapoor had something cheeky to say. The actor reacted to the photo saying, “Why are you copying Kiara's poses?” Well, well, well, shots fired, we'd say.

Wondering what Arjun Kapoor is referring to? The actor is talking about the photos uploaded by Varun Dhawan's Jug Jugg Jeeyo co-star Kiara Advani — a few minutes before Varun — from the same corridor, striking similar poses. That's not all. It looks like Varun Dhawan was also inspired by Kiara Advani's caption as they both posted just a Sun emoji in that section.

Replying to Arjun Kapoor's message, Varun said, “Wanted to show how it's done.”

Meanwhile, Arjun Kapoor's comment did not go unnoticed by Kiara Advani either. Reacting to the image, the Jug Jugg Jeeyo actress said, “Stop copying everything I do.” Vicky Kaushal, too, did not miss the similarity. In fact, the actor left a cheeky comment that read, “Can't wait to see Raj Mehta also posing there,” referring to the director of Jug Jugg Jeeyo. To this Varun Dhawan said, “Raj is busy listening to Chitta on loop.” Chitta is a song from Vicky Kaushal's brother, Sunny Kaushal's new film Shiddat.

Bhumi Pednekar, too, saw the images and said, “Kiara, Varun we now know you both are shooting together. Same same but different.” To this Varun Dhawan passed the buck to Kiara and said, “She just copied me ya.”

While we have made up our minds, we are going to leave the two images right here so you can look at them and decide if Varun Dhawan deserves the copycat tag.

Both Varun Dhawan and Kiara Advani seem to be getting along like a house of fire on the sets of Jug Jugg Jeeyo. Take a look at this clip recorded in a vanity van, which features them dancing to Diljit Dosanjh's song Lover. "Being adults," the caption of the video reads.