For Arjun Kapoor, Varun Dhawan's Bhediya Has To Be "One Of The Most Exciting Films Of The Year"

The film, directed by Amar Kaushik, will release on November 25 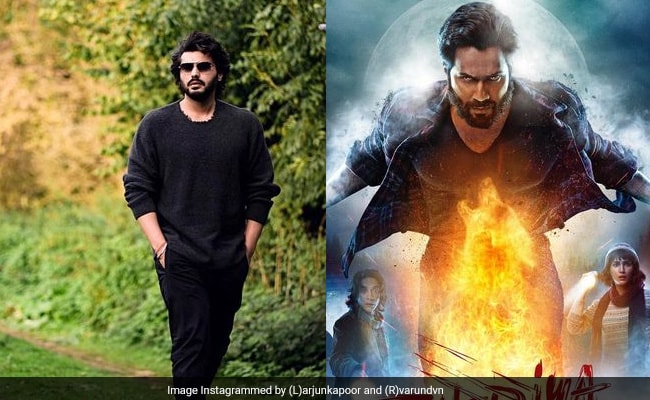 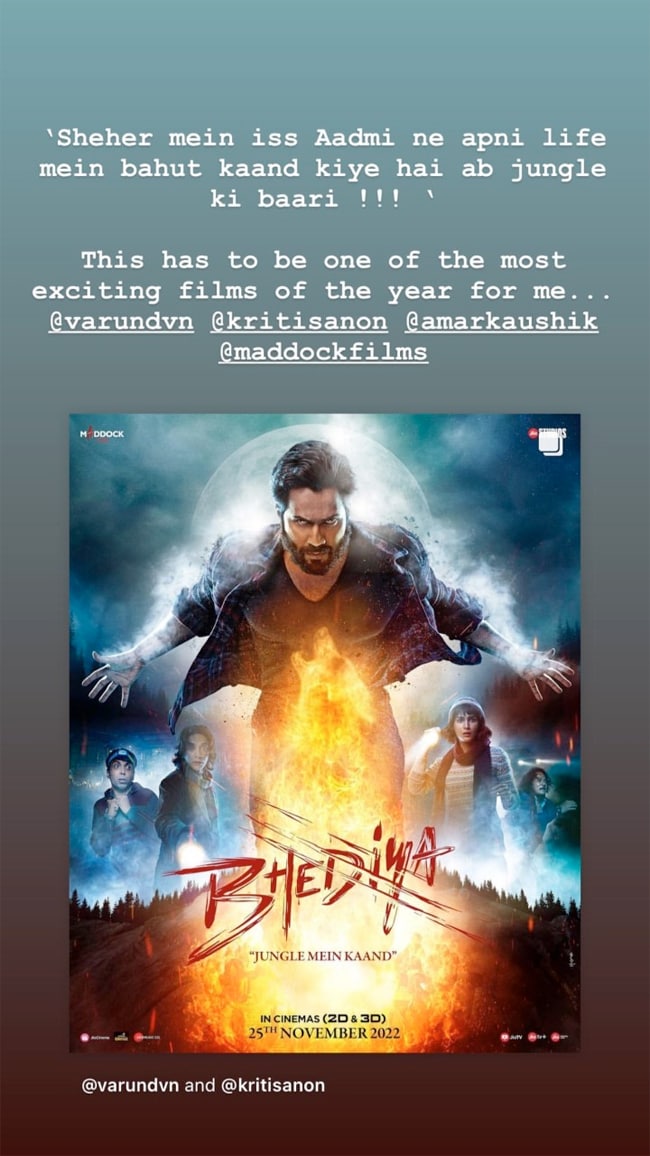 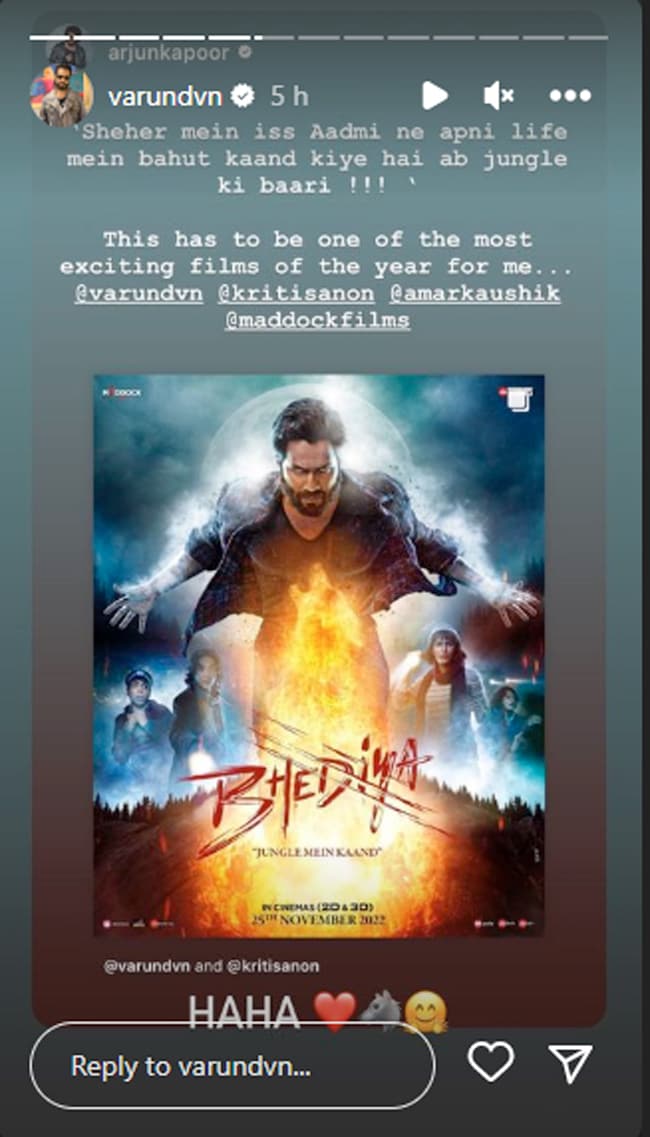 Maniesh Paul too shared the poster on Instagram Stories and said, “Love this, Varun Dhawan. My brother is ready to kill it yet again.”  Maniesh and Varun Dhawan shared the screen space in JugJugg Jeeyo. The film, directed by Raj Mehta, also featured Anil Kapoor, Neetu Kapoor and Kiara Advani. 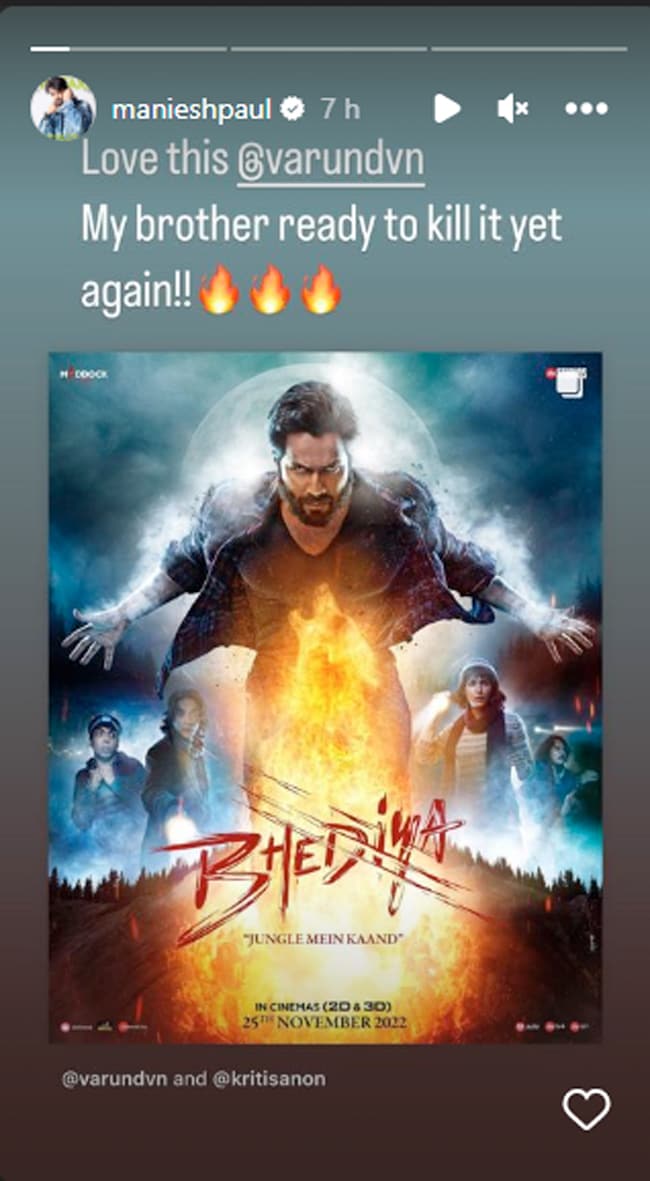 Bhediya also stars Kriti Sanon in the lead role. Abhishek Banerjee, Deepak Dobriya and Paalin Kabak will be seen in crucial roles. It is directed by Amar Kaushik. Earlier in the day, Varun Dhawan dropped the first look posters featuring the main characters of the film. In the caption, the actor said, “Ab hoga Jungle Mein Kaand. Bhediya Trailer howling on October 19.” The film will open to theatres on November 25. It is backed by ​​Dinesh Vijan.

Bhediya's teaser was dropped by the makers last month. At the time of sharing the teaser, Varun Dhawan said, “Banenge insaan uska naashta.” The film is inspired by the legends of Arunachal Pradesh.

Varun Dhawan has Bawaal next in line. The film stars Janhvi Kapoor in lead. The Nitesh Tiwari directorial is currently in the post-production phase.

Meanwhile, Arjun Kapoor will be next seen in Kuttey and The Lady Killer.