"He might end up feeling his father didn't let him explore his life," said Arbaaz Khan 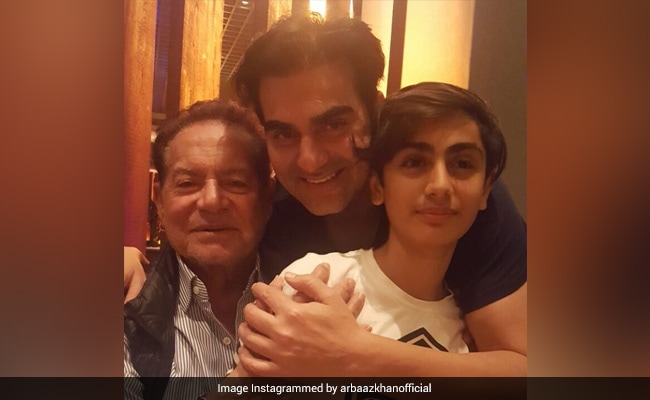 Arbaaz Khan, who is busy promoting his upcoming web series Tanaav, recently, in an interview, revealed that he wouldn't pressurise his son Arhaan Khan to join the "supposed legacy" of joining the film industry. Also, when asked what advice he would give to Arhaan ahead of his career in Bollywood, to this, he said that he doesn't want to scare him (Arhaan) with advice. Speaking to the Times Of India, Arbaaz said, "If Arhaan comes up to me with something, and at that time if I say 'No, why are you doing this? You should do that instead'. He'll listen but he'll be scared for life. The point is, when you have that power, you should know how to use it. Because they are vulnerable at that point. If I say, 'No, you will not be an actor'. I'll squash his dreams."

Arbaaz Khan added, "Hearing my knee-jerk disapproval might disgust him at some stage in his life. He might end up feeling his father didn't let him explore his life. If something drives him, if he's passionate about it, it could be anything - if he wants to be a chef - it will work out."

Arhaan Khan is the son of Arbaaz Khan and Malaika Arora, who is currently studying filmmaking in the United States. He is the grandson of legendary lyrists, screenwriter and producer Salim Khan and nephew of superstar Salman Khan.