Arbaaz Khan On Coming Together In A Film With Salman And Sohail: "There Is A Big Possibility"

"There will be a time when finally Sohail, Salman and I will come together for something," said Arbaaz 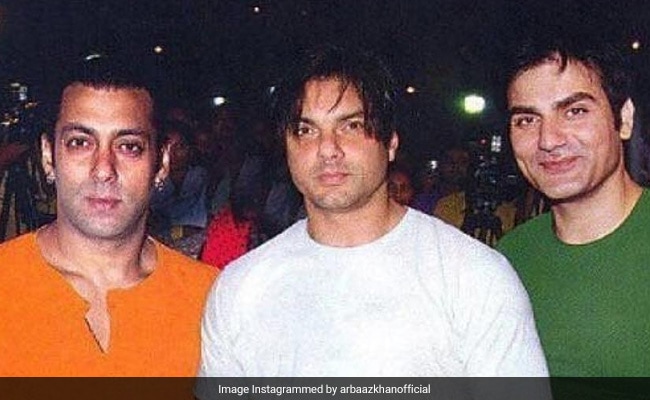 Hello folks! There is a high possibility that Salman Khan, Arbaaz Khan and Sohail Khan come together for a film, Arbaaz himself confirmed this in a recent interview. Arbaaz Khan, who is gearing up for the release of his web series Tanaav, in an interview with the Hindustan Times, opened up about his bonding with his brothers Salman and Sohail Khan and revealed the kind of conversations they have when they are together. While Arbaaz spoke on many things about his brothers, he also spoke about how there is a "big possibility" of him doing a film with them.

When asked if there was any project, where the Khan brothers will collaborate, Arbaaz said, "Yes, there is a big possibility of that. Whenever that opportunity or window is there, we don't miss it. It's just that right now, we are all engaged in our own things. But there will be a time when finally Sohail, Salman and I will come together for something. And that might not be too late. It'll be quite soon."

Speaking of the kind of conversations the brothers have when they hangout, Arbaaz said, "Most of our discussions are about the work that each of us does. So when we meet, it's all about how that shoot is going, how many schedules are left for that one, when is the release, what are the songs like etc. We keep asking each other about the films we are doing because we are all doing our own thing. That is where we get our information from. Otherwise, we don't normally know much about the latest updates on each other's work. Sometimes people presume we know all that in and out. We all have our own lives and do our own things."

He added, "We don't talk about just films. Like any family, we have all the jokes and masti, joke with each other. Sometimes it's generic like with any family."

Arbaaz Khan has previously worked in films likeHello Brother, Pyaar Kiya Toh Darna Kya and Dabangg with his older brother Salman Khan. Similarly, Arbaaz has also appeared in the film Jaane Tu Ya Jaane Na with his younger brother Sohail Khan. Meanwhile, Sohail and Salman have worked together in the film Tubelight. However, the three brothers have never appeared in the same film together.

On the work front, Arbaaz Khan is gearing up for the release of Sony Liv's Tanaav, which is scheduled to stream on November 11. Meanwhile, Salman Khan will be seen in Kisi Ka Bhai Kisi Ki Jaan and Tiger 3, which are scheduled for Eid and Diwali respectively.